Here’s another “Editors’ Pick” from blogcritics.  It asks the important questions: Would Don Draper approve of the Big-O jingle?  And, can one company bring happiness and harmony to our community? 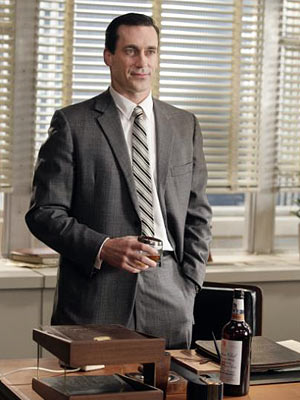 Those of us who live in Northeast Ohio often use simple catch-phrases as shorthand for big, sprawling topics.  “The Drive,” “The Fumble” and “The Shot” elicit the usual sad, knowing looks as we reflect on several decades of heartbreak and misery involving our major sports teams.  “Burning river” is used to boil down a host of environmental issues.  And “The Buzzard” gives us a handy “two-fer” – describing an annual sense of renewal in the town of Hinckley (where the turkey vultures return each March) as well as a radio station that played bad rock in the Eighties.

The editorial team here at Rubber City Radio would like to add another catch-phrase to the list – the “Big O.”  And I’m not referring to those crappy commercials that equate sexual fulfillment with the act of shopping online for overstocked merchandise.

I’m talking about the greatest advertising jingle ever used to flog a product.  No, let me rephrase that – used in an attempt to create a new world order, based on one company’s vigilant efforts to bring a little taste of sunshine and happiness to people who desperately needed both.

First, a little background on that company: Lawson’s…  Its humble roots date back to 1939, when one J.J. Lawson opened a small store at his dairy plant in nearby Cuyahoga Falls.  Lawson’s eventually became a chain of convenience stores, mostly in Ohio, that was owned and operated by Consolidated Foods.  Then the corporate picture got a lot murkier, with the typical parade of mergers and acquisitions and name changes (if you want the sordid details, go to Wikipedia). 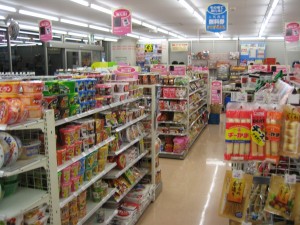 But there are several interesting twists to the story.  First, Lawson’s successor, Dairy Mart, was involved in a landmark decision based on an employee’s claim (rejected by the judge, upholding the First Amendment) that adult magazines sold through the chains were a form of sexual harassment.  Second, Dairy Mart’s buyer – a company based in Quebec – decided to keep the Lawson’s name alive in North America by using it to brand the always-popular chip dip (hardly the stuff of legend, but still noteworthy… I’m guessing the new owner had a jones for french onion).  And third, Lawson (without the “s”) has become the second-largest convenience store chain in Japan – another result of countless corporate maneuvers, the details of which made my head hurt.  Sara Lee and Mitsubishi are involved somehow… probably in some failed attempt to create a global automotive/baked goods/chip-dip juggernaut.

The thing I like the most about Lawson-Japan is its corporate philosophy (and I’m not making this up): “Happiness and harmony in our community.”  That’s a lot to expect from a convenience store, isn’t it?  But maybe the good folks at Lawson-Japan were inspired by this nugget of wisdom from Don Draper, the creative centerpiece of the show Mad Men: “Advertising is based on one thing: happiness.  And do you know what happiness is?  Happiness is the smell of a new car.  It’s freedom from fear.  It’s a billboard on the side of a road that screams with reassurance that whatever you’re doing is OK.”

Or, a banner in the office that reads “Happiness and harmony in our community.”  But enough with the corporate jibber-jabber.  Let’s get right to the good stuff…  Here’s the mac-daddy of jingles – dramatically embellished in this commercial that seemed to run non-stop on Cleveland TV back in the early Seventies:

Is it true?  Did they really make it up here in 40 hours?  Did one man really sleep while the other one drove?  How fresh was that stuff?  Or, as Draper might ask, does it really matter?  It’s like he told the guys at American Tobacco: we can say whatever we want.

Maybe the more important question is, does it make you happy?  I was with family and friends at a party a while back and we found ourselves reminiscing about the Big-O jingle.  (Here’s another Draperism: “Nostalgia… It’s delicate, but potent.”)  Before long, we were singing the whole damn thing at the top of our lungs – and of course, we knew every precious lyric.