I’d like to thank Ellen Raines (I think) for nominating me for the 10-Day Movie Challenge. Wasn’t sure about the ground rules — I didn’t watch a movie every day over the past 10 days, and my choices aren’t necessarily my all-time favorites. But every one of these left a strong impression (both artful and otherwise). 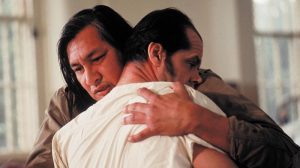 One Flew Over the Cuckoo’s Nest. Nicholson, stickin’ it to the man (in this case, woman) like only Nicholson can. I cried like a baby at the end when a newly liberated Chief was loping toward the horizon. I’m such a sap!

National Lampoon’s Animal House. Still my favorite comedy. The director, John Landis, noted that Elmer Bernstein’s big, bloated score really made the film. Well, that and John Belushi. And a wonderful script. And a pull-no-punches ethos. And… 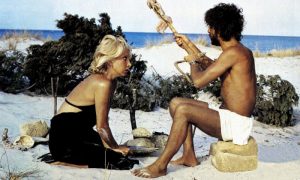 Swept Away. Screw Cast Away. This Lina Wertmuller film (not the POS remake with Madonna) is my favorite “stranded on an island” flick. I got a little misty-eyed at the end when they went back to their separate lives. Is there a recurring theme here?

Tommy Boy. Several of my favorite film experiences involved watching comedies with my daughters, Meghan and Allie. I watched this one with Allie at Akron Children’s Hospital (I think it was the only tape we could find). We laughed our asses off — probably the most effective treatment she received that day.

Galaxy Quest. A real sleeper. Checks off all the boxes for a great family film: rich characters, cheap laughs for the small ones, smart adult humor, nice mix of sci-fi and a sweet story about real humans… I probably watched it more than my girls did. 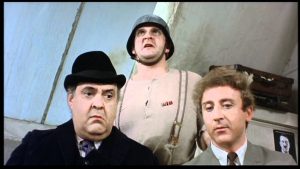 Austin Powers: International Man of Mystery. A former business associate of mine asked a five-year-old Allie, “What’s your favorite film?” She quickly responded “Austin Powers!!” (you know, the one with all the dick jokes and the machine-gun jumblies). A few days later, the company assigned me a new rep.

Buena Vista Social Club. My favorite doc. The story is every bit as amazing as the music. Most of these Cuban masters have since passed away. I wept openly when they toured NYC for the first time and then played Carnegie Hall. OK, my therapy sessions seem to be going well. 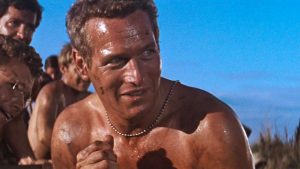 Cool Hand Luke. Probably the film I’ve watched the most in my life — partly because it’s hugely entertaining (and Paul Newman kills it), but it also was a personal favorite of the dissolute priest who ran the projector at our church’s rec center. Two of my favorite lines from Cool Hand Luke came up again and again throughout my corporate career: “Shakin’ it over here boss!” and the always-handy “What we have here is a failure to communicate.”

In the Heat of the Night. Akron’s Highland Theater, 1967. The first film I ever viewed at a proper theater, without adult supervision. Fast-forward more than 50 years: I still hang out at Highland Square, and they still show films at the theater. Life is beautiful sometimes.

I hereby pass along the 10-Day Movie Challenge to Aaron Ruegg, mainly because he knows his way around a camera. And he has good taste. And I don’t think he’ll blow me off.

Sent from my iPhone 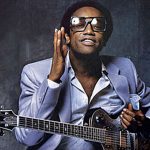 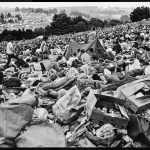