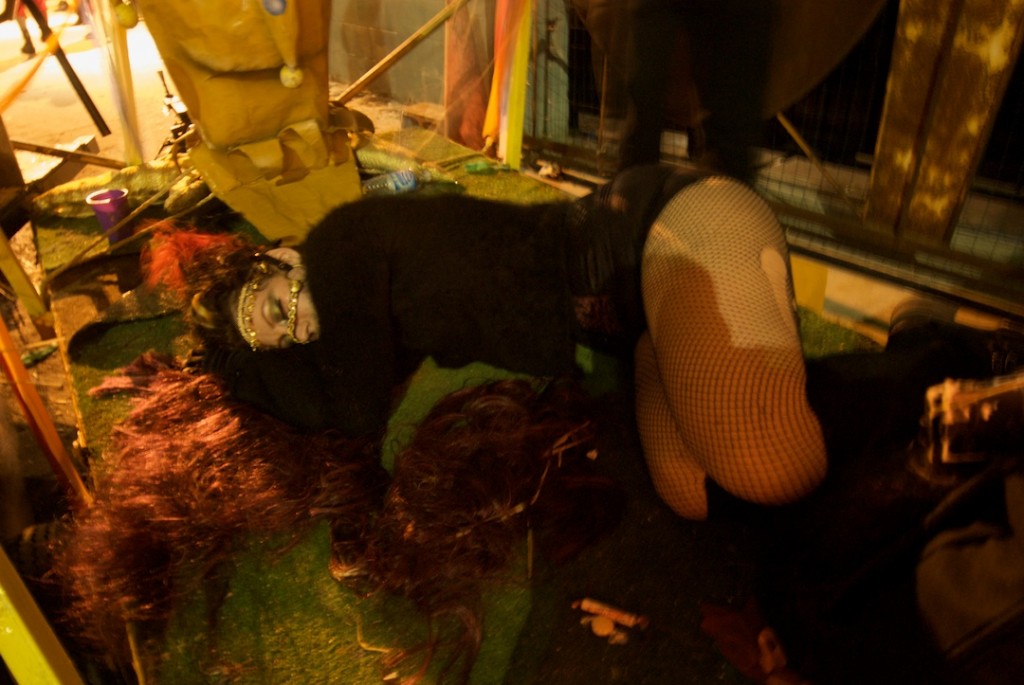 Here’s a New Orleans-favored soundtrack for your listening pleasure as you read: The Monkey/Walkin’ with Mr. Lee

I have a confession to make: I failed several basic IQ tests on Fat Tuesday.

Let me set it up for you… The Akron area has exactly one Big Easy-themed restaurant and bar, Russo’s. And the food is really quite good – probably far better than we deserve in a city that lists a brown sugar-infused hamburger as one of its crowning culinary achievements.

For some strange reason, Russo’s hired our semi-acoustic “blues-icana” band to play the 4 to 8 shift on Fat Tuesday. We had to set up in an unfortunate spot by the front door, where one would normally pick up breath mints on the way out. But we seemed to go over well and even pandered to the crowd a little bit with a boozy rendition of CCR’s Born on the Bayou.

At one point in the evening, someone gave me one of those floppy Mardi Gras hats to wear. I initially set it aside, but after a few drinks it only seemed appropriate to slap on this vinyl jester’s cap with little bells dangling down in my face (failing IQ Test #1). I thought I heard someone say that all the caps belonged to a guy behind the bar, then my mind went off into la-la land – the usual gig-related nonsense.

After our set, I walked through the smokers’ patio where someone came up to me and asked, “Hey, is that’s Joe’s hat?” “Huh?” “Yeah, that’s Joe’s hat!” So assuming Joe was the guy behind the bar, I handed over the hat and walked away (failing IQ Test #2). Well, that set off a complete shitstorm when I made my way back to the band – apparently the hat belonged to the drummer and was a treasured memento from many previous Mardi Gras celebrations. And that led me back to the patio in a futile effort to retrieve the hat.

I found it on the head of this big, beefy mouth-breather, who found himself on the receiving end of my impassioned plea to return said hat – “wasn’t mine to give away… has special meaning to the owner… to you, it’s just a hat”… blah, blah, blah (of course you’d never hear this conversation in New Orleans, where bright, multicolored vinyl hats rain down from the sky every 15 minutes). But his girlfriend had taken a shine to it, and he wasn’t budging. “Eh, ain’t gonna happen dude.” 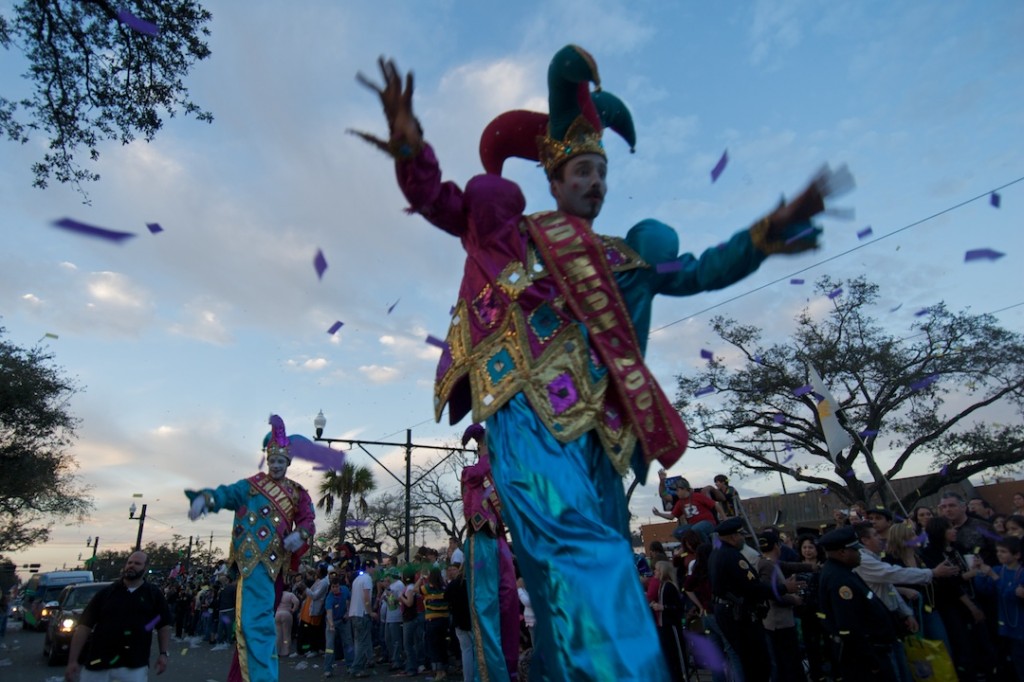 So now I had to consider three basic realities: 1) This fleshy lugnut was wearing our drummer’s hat, 2) He wasn’t going to give it up, and 3) If I continued to press the issue, he was going to kick my ass. I thought about it for a few seconds and decided to take my lumps with the drummer instead, who also can kick my ass but seems to like having me around at gigs.

And that wasn’t even the strangest thing that happened that night. After delivering many mea culpas to drummer and his wife, I stumbled across this guy who asked me to do him a favor. I said “sure” (failing IQ Test #3). He handed me a small wad of cash, pointed out a guy at a nearby booth and said, “just tell him ‘I told you so.’” Then he swatted me on the back and walked out the front door. I swear this is true.

So then I failed IQ Test #4 by doing exactly what the guy told me to do. Stranger at the booth said, “what the hell does that mean?” Then he asked, “did he give you money to do that?” I admitted that he did (the IQ meter is flatlining at this point). “How much did he give you?” “Eh, looks like about 35 bucks” (not a bad tip for a musician whose gig money is primarly used to fix a lot of broke-dick equipment). To which he replied, “he probably wanted you to give me the money to pay his tab.”

Now I’m thinking… well, my main thought was, why the hell am I still here? I’m clearly overserved and still reeling from the whole hat incident, so I can’t say there was much logic around my thought processes at that point. But the idea of handing all the money over to another complete stranger seemed kind of silly – especially a stranger who wasn’t nearly as worked up as Floppy Hat Thief.

In my final idiotic move of the night, I slapped a couple of fives on the table and told Booth Boy to consider it a tip. As I walked away, he tossed out this line: “Enjoy your free money.” Now at first blush this would appear to be a fairly meaningless aside. But upon further analysis (which I couldn’t perform until later), the line is absolutely loaded with meaning. In my 50+ years on the planet, I have never experienced any amount of pleasure from dealing with money, which explains why I’ll probably die with my boots on (or at least at my desk). Although I’m not wired to turn down “free money,” I can’t enjoy it either… didn’t earn it. So now I’m pissed off and conflicted. 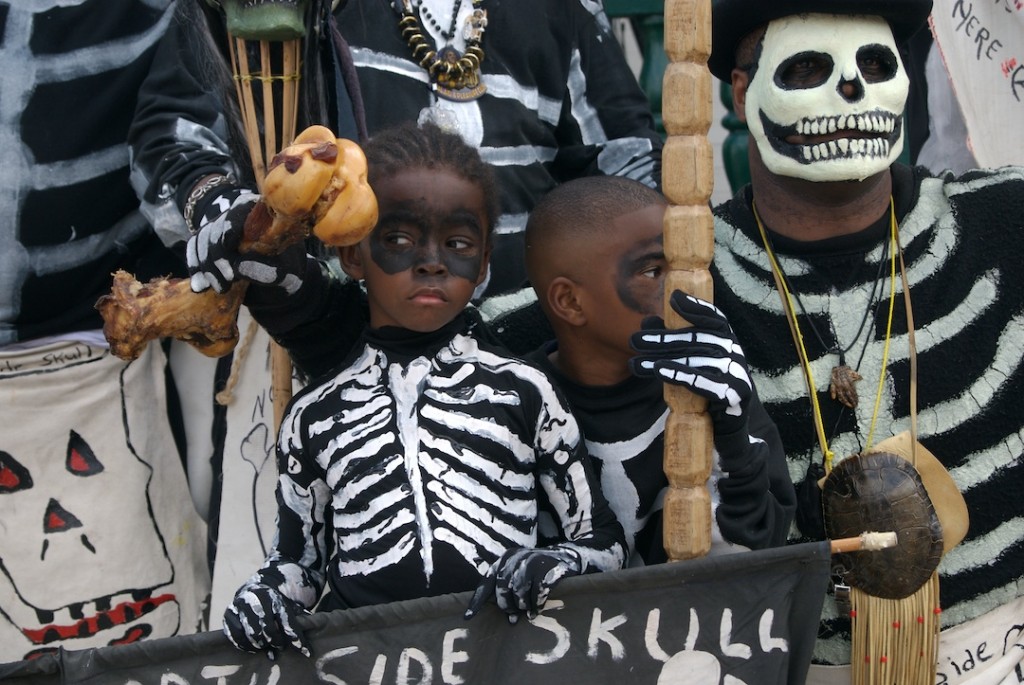 By the time I left Russo’s, my little buzz was long gone – although I had this strong urge to run someone down in the parking lot just for sport.

The whole experience reminded me of the squirm-inducing movie Compliance, which depicts an actual scam that serves as a cautionary tale about the dangers of mixing low IQs with squishy ethics (and in a particularly graphic and disturbing sequence, alcohol… I’m not that guy, am I?).

So what have we learned here? If you’re going to celebrate Fat Tuesday, do it in New Orleans, where checking your IQ at the door doesn’t involve so much angst.

By the way, those of you who believe in Instant Karma will appreciate the fact that I used the cash from Failed IQ Tests 3 through 5 to buy our drummer a new Mardi Gras hat. He seemed to like the gesture, sort of. 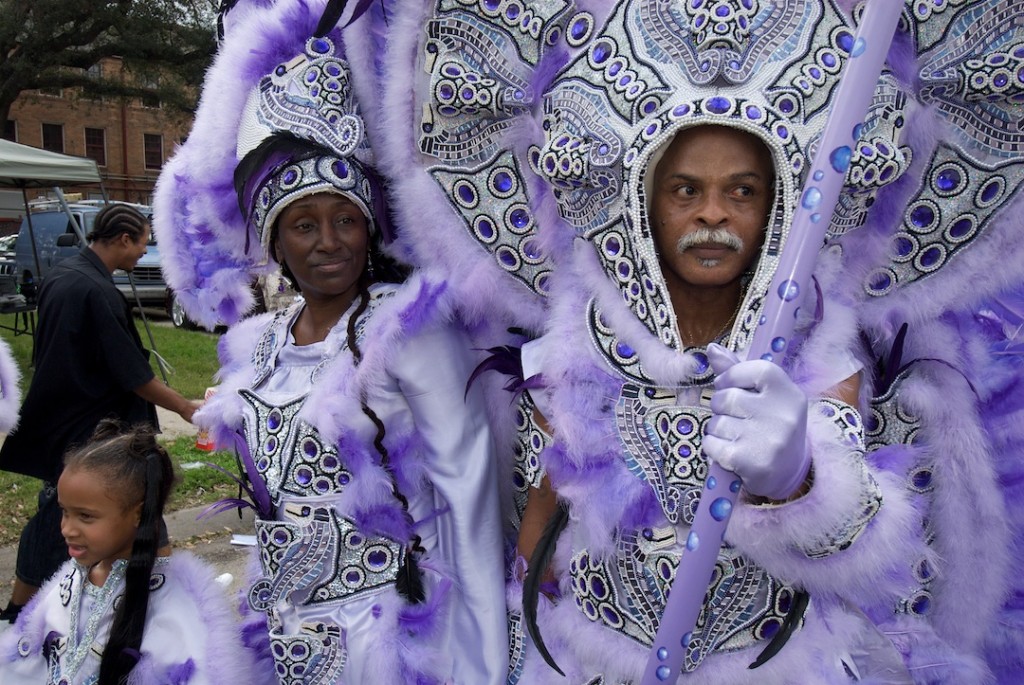 My original idea was to share a playlist of New Orleans-flavored songs, but I’ve taken up far too much of your time with this discussion. Maybe next week. In the meantime, here’s a clip of The Meters, live in ’74: