Now that I’ve got all that Fat Tuesday nonsense out of my system, let’s get right to it this week – a playlist featuring a few more nuggets from the golden years of New Orleans R&B. 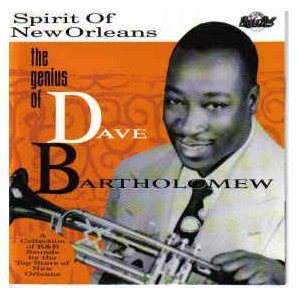 Let the Four Winds Blow is a personal favorite from my days playing in a Columbus bar band… I convinced my bandmates to cover it, mainly because I wanted to hear our drummer try to nail this steady-rolling shuffle (he did). Written by Fats Domino and legendary producer Dave Bartholomew, the song was originally recorded in 1957 by R&B shouter/crooner Roy Brown backed by some of New Orleans’ finest – including the man responsible for that rhythm, the great session drummer Earl Palmer. Fats scored a minor hit four years later with his own take on the song. But I recently came across a version by Bartholomew that has a little more growl and bite… Sounds like he used the same guys but replaced their usual $5 session fee with a pint of whiskey. I’ve sampled Brown’s take next to Bartholomew’s to give you a better sense of the latter’s sleaze factor. Interesting aside: Drummer Max Weinberg won a spot in Bruce Springsteen’s band by playing this song at his audition (he’d responded to an ad that said “no junior Ginger Bakers” – another reason why it’s hard not to like The Boss). Let The Four Winds Blow (Roy Brown/Dave Bartholomew)

DJ Alan Freed called her “the little gal with the big voice.” She also was dubbed “Atomic Adams” for her explosive live shows. Her churning, gospel-flavored single Shake a Hand is an undisputed R&B classic, covered by artists ranging from Little Richard to, more recently, Lou Ann Barton. Faye Adams (born Fay Tuell in Newark, NJ), both started and ended her career as a gospel singer, so you can hear a healthy dose of the church in that big voice. Consider this next tune a slowed down and sanctified version of the previous song, which was an obvious influence on Adams and band when they cranked this out for the same label (Imperial) and probably at the same New Orleans studio run by local entrepreneur Cosimo Matassa: Keeper Of My Heart

It’s hard to think of a more quintessential New Orleans musician than Huey “Piano” Smith. Most Mardi Gras revelers are familiar with his classic tune Don’t You Just Know It, and if you can’t sing a couple lines to Rockin’ Pneumonia and the Boogie Woogie Flu, then you should be identified as a threat to The American Way. As one of the Crescent City’s busiest session players, Huey contributed his signature piano to countless R&B hits from the Fifties and Sixties – that cultural sweet spot to which we’ve dedicated this post. I’ve built up a nice collection of tunes that Huey released under his own name, and it seems to live as its own little sub-genre… what I like to call “demented schoolyard sing-alongs you’d never hear outside of New Orleans.” They Gonna Do What They Wanna Do

The history of New Orleans music is filled with remarkable characters who managed to record a memorable song or two before they headed off into obscurity… or, in the case of our next artist, an untimely end. Prince La La (born Lawrence Nelson in New Orleans’ Ninth Ward) grew up surrounded by some serious players – including his father Walter, who played guitar for Smiley “I Hear You Knocking” Lewis, and his brother Walter “Papoose” Nelson Jr., featured guitarist in Bartholomew’s crack studio band. This next song was originally intended for Barbara George. But Harold Battiste, who had just formed his new label A.F.O. (All For One), decided that the Prince was bringing a little more heat than Barbara. It became his first and only national hit – he died of a drug overdose in ’63, leaving behind a brief but colorful legacy as the crown prince of Crescent City R&B. She Put The Hurt On Me 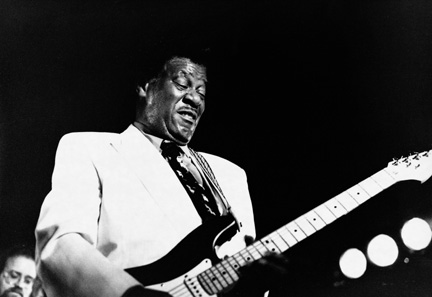 Any serious effort to list blues guitarists named King should go beyond B.B. and Albert to include two of our favorites at RCR: Freddie and Earl. And although the latter was widely celebrated in New Orleans (that’s his whistling on Big Chief, a song he wrote for Professor Longhair), he remains hugely underrated in the realm of American roots music. Earl didn’t miss the attention of Jimi Hendrix, who covered one of his signature songs, Come On. Here’s a more obscure tune that Earl recorded in ‘55, Mother Told Me Not to Go (not to be confused with the far more ubiquitous number by Three Dog Night). Gotta love the rollicking intro by Huey “Piano” Smith. Mother Told Me Not To Go

Here’s someone so far off the radar screen, he makes Prince La La sound like a household name. I found exactly one mention of Diamond Joe Maryland – at the Funky16Corners music blog, where the site’s proprietor, Larry Grogan, routinely digs up lost treasures of funk and soul. According to Grogan, Diamond Joe’s recording career consists of exactly seven singles between ’61 and ’68, all produced by Allen Toussaint. The songs were compiled on a Japanese compilation (P-Vine) some years ago, but mostly are preserved on some very rare and collectible 45s. I found this tune on the outstanding 4-CD compilation “Crescent City Soul: The Sound of New Orleans, 1947-1974” (also out of print, of course), and you can tell right away what attracted Toussaint to Diamond Joe. This man’s voice oozes soul – and keep in mind, Help Yourself was recorded in ’63, a couple of years before Otis Redding really hit his stride. Diamond Joe? He eventually became homeless and passed away in complete obscurity. Hard to reconcile that with the massive talent on display here (not to mention Toussaint’s golden touch in the studio): Help Yourself 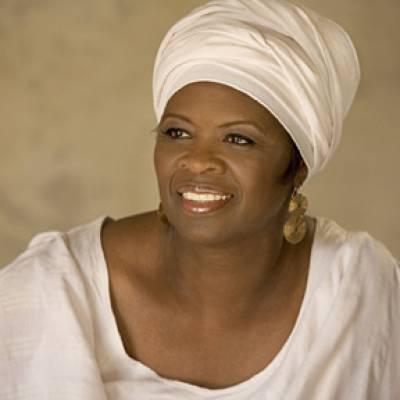 Let’s close this out with the Soul Queen of New Orleans, Irma Thomas… still going strong (and looking damn good, I might add) at the young age of 72. She’s a true survivor who not only fought her way through a tough music business but also survived Katrina, which destroyed her French Quarter bar (the Lion’s Den Club) and flooded her home. By the age of 19, she had four kids from two separate marriages. But she somehow overcame those odds to record some of the city’s most treasured R&B tunes – It’s Raining, Ruler of My Heart, Time is On My Side, Wish Someone Would Care… and this little number, recorded in ’62 for the Minit label. We’re glad to hear Irma and her husband Emile Jackson are back in their refurbished home in New Orleans’ Upper Ninth Ward, and we wish them the best (check here for upcoming gigs, including two shows at this year’s Jazz Fest). Somebody Told You

New Orleans music doesn’t get much better than this… Professor Longhair and the Meters, live – Tipitina:

And here’s a brief clip from HBO’s Treme – Irma Thomas with one hell of a band, including Allen Toussaint on piano and Dave Bartholomew on trumpet (and everyone’s favorite fictional trombone player, Antoine Batiste, played by Wendell Pierce): 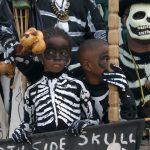 Fat Tuesday: Check Ur IQ at the DoorGeneral
Lightnin’ Hopkins: The Herald SessionsGeneral