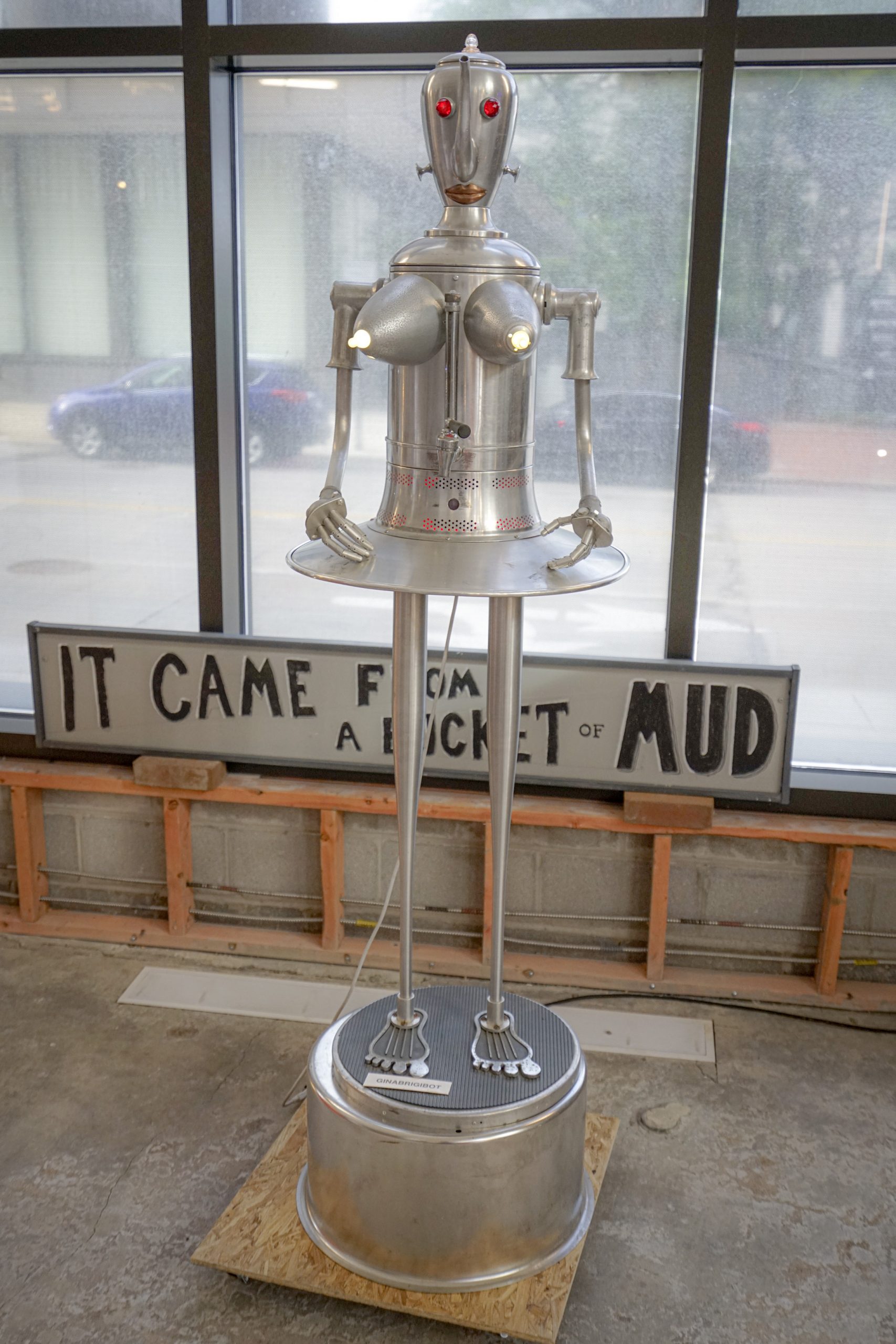 It’s difficult to pin down the peculiar legacy of renowned ceramist and prankster Clayton Bailey. Sure, a space-age female robot with metallic breasts has an obvious, laugh-out-loud appeal. But a far-ranging look at Bailey’s creative output over the past six decades—on full display at a stunning exhibit hosted by Curated Storefront in downtown Akron, Ohio—makes the case that this singular artist had a lot more in mind than a few cheap thrills.

One could argue that Clayton Bailey’s World of Wonders defies any attempt at serious art criticism. In other words, maybe it’s best to check your critical mind at the door and enter this surreal universe with the open and playful attitude of a child.

Based in California, Bailey gained a worldwide following in the late-Sixties and Seventies through his eccentric artwork, including gender- and animal-specific robots, troll-like ceramic heads and sci-fi-inspired oddities that became hallmarks of the era’s Funk Art and Nut Art movements (the former rejected abstract expressionism as, well, too abstract; the latter brought healthy doses of humor and fantasy to a wide range of mediums). Media coverage of Bailey often focused on his alter-ego, Dr. George Gladstone, a parody of the classic “mad scientist” obsessed with strange phenomena such as UFOs and Bigfoot.

After Bailey’s death in 2020, Curated Storefront acquired a majority of the artist’s collection from his estate. Over 100 weird and wonderful objects are now on display in the former bank lobby of the newly renovated Landmark Building, which is part of a $42 million project to revitalize a key block in downtown Akron. 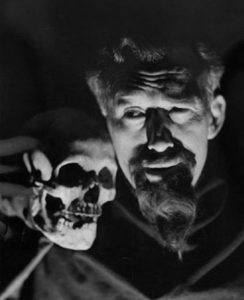 The exhibit is a perfect fit for the city and northeast Ohio. Back in the Sixties, many local teens—including members of Devo, Chrissie Hynde and film director Jim Jarmusch—came under the spell of the late-night TV host Ghoulardi, who would interrupt trashy flicks such as Doctor Goldfoot and The Bikini Machine with wild, loose-limbed commentary that rarely touched on the movies’ threadbare plots. (Interesting aside: The man behind Ghoulardi, Ernie Anderson, eventually moved to L.A. to become the voice of ABC and father of Paul Thomas Anderson, who directed Boogie Nights, There Will Be Blood and other modern-day classics.).

Fans of Ghoulardi and Devo in particular will find a lot to like in the exhibit, which seems part of a parallel universe that celebrates discarded objects from America’s manufacturing heyday as unnatural treasures. It’s hard for anyone to resist the oddball charms of “Horn Dog,” a mechanical canine with an actual horn for a proboscis (but still less disruptive than an actual puppy). For those who prefer the more sinister lure of carnival sideshows, the exhibit also includes a jolting skeleton, Bigfoot bones and a mutant blob (“It came from a bucket of mud!”). 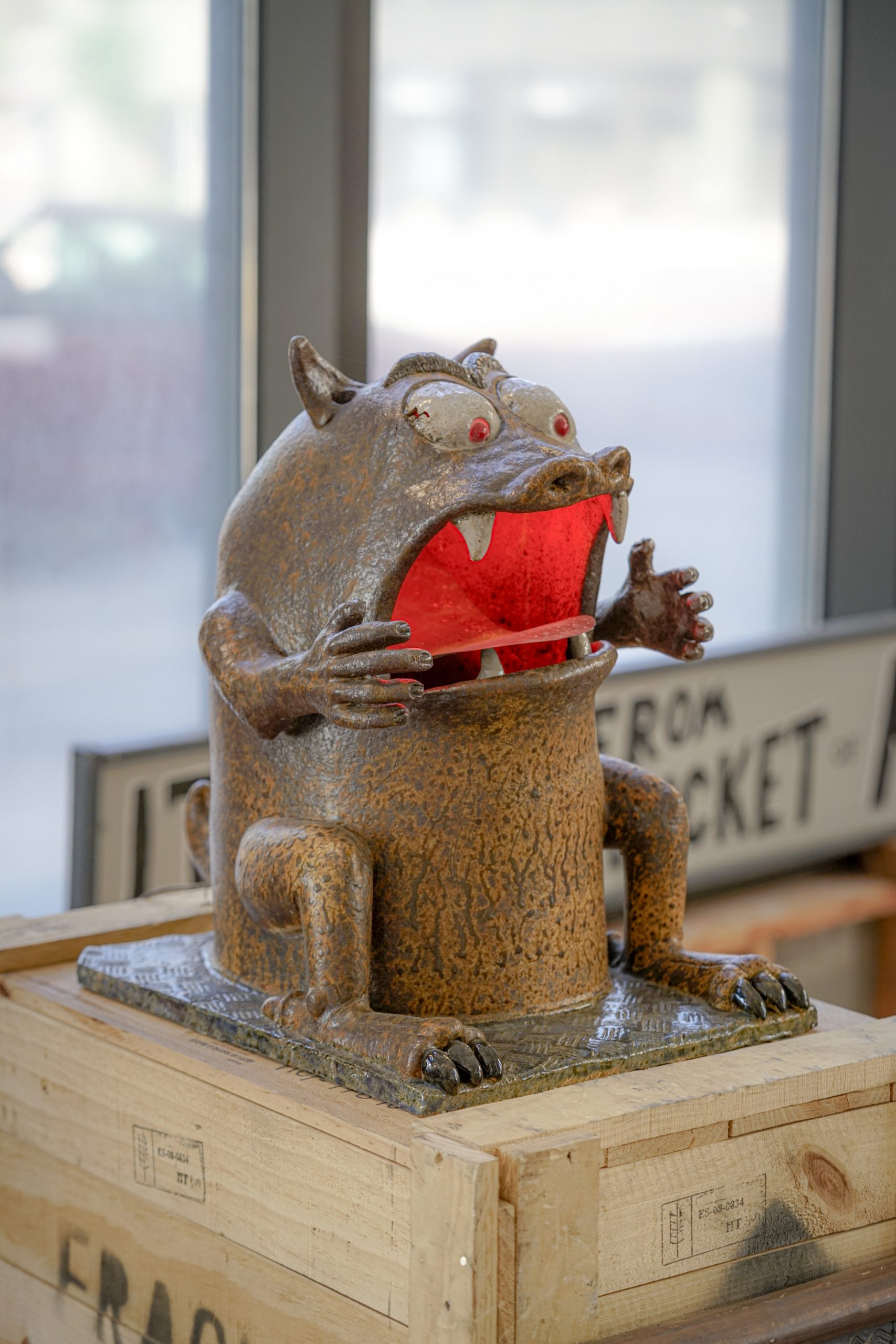 It seems appropriate that these nostalgic wonders are being showcased in a Rust Belt city that has doubled down on its efforts to revitalize its downtown area. Back when the elder Anderson was corrupting Akron’s youth, the city was widely regarded as “The Rubber Capital of the World,” where companies such as Goodyear, Firestone, B.F. Goodrich and General Tire were headquartered and manufactured most of their tires. Those factories eventually closed down, and today only Goodyear maintains its headquarters in Akron.

All those plant closures took their toll on Akron’s downtown businesses. Since 1960, the city has lost nearly one-third of its population, and today community leaders are looking at every opportunity to breathe new life into downtown Akron and the surrounding neighborhoods.

That’s where Curated Storefront has made a real impact. The organization was founded in 2016 by local entrepreneur and modern art collector Rick Rogers, who came up with his own plan to help revitalize Akron—install dynamic art exhibits in storefronts and blighted urban spaces. And there was no shortage of unused spaces to work with (Akron arguably has more downtown real estate than its current population of just under 200,000 can sustain). 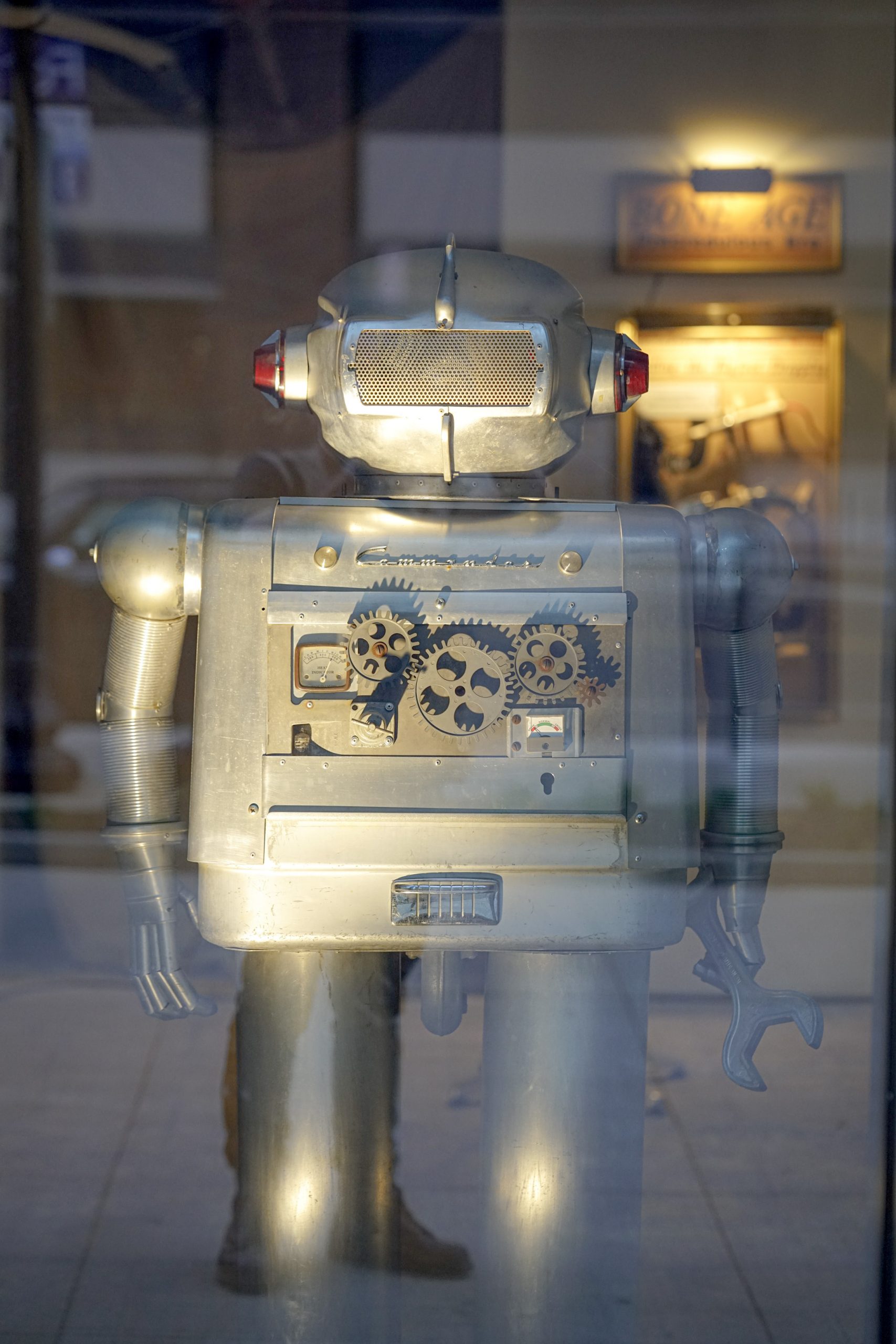 As former head of a manufacturing and distribution company founded by his grandfather, Rogers clearly understands the factors that led to Akron’s decline and the many challenges it faced in rebuilding its economy. “Progress usually happens in increments,” Rogers said, “and we knew that a crucial step toward downtown revitalization was to make the right impression to new visitors, usually at a street level.”

Akron boasts a motivated and highly educated workforce, a strong infrastructure, an abundance of beautiful parks and first-rate cultural attractions such as the Akron Art Museum. However, as author and urban activist Jane Jacobs noted in her book The Death and Life of Great American Cities, “Streets and their sidewalks, the main public places of a city, are its most vital organs… If a city’s streets look interesting, the city looks interesting; if they look dull, the city looks dull.” And many of Akron’s key arteries were looking a little tired. With this in mind, Curated Storefront quickly got to work, transforming urban eyesores into attractive and engaging displays of modern art.

To date, the organization has activated 26 vacated storefronts and spaces with more than 100 exhibits featuring the work of 150 regional and international artists. Recent exhibits include lighting displays, sculptures, mixed-media installations, large-scale collages and lenticular prints. 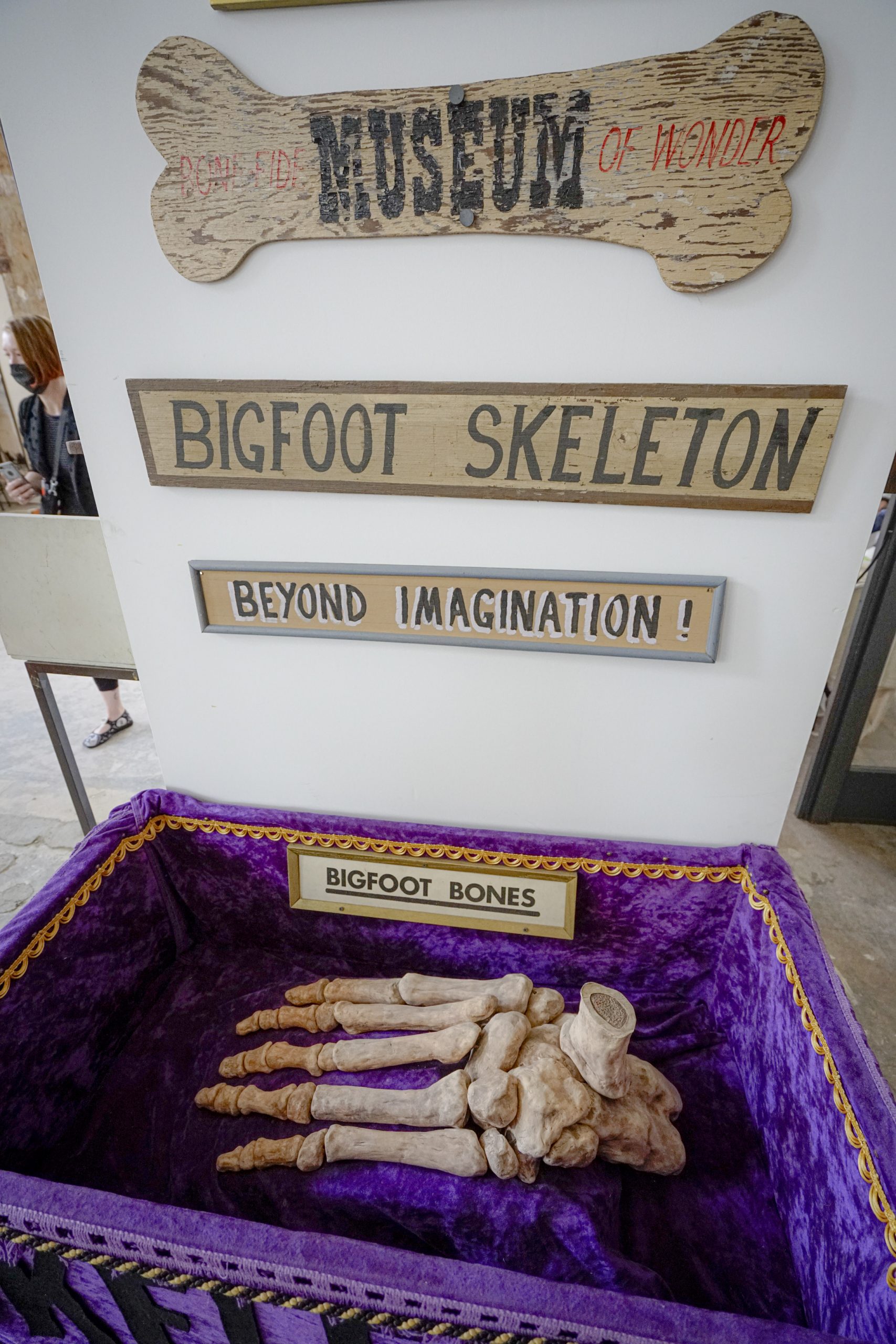 In addition, Curated Storefront employees and volunteers engaged hundreds of downtown visitors with guided walking and trolley tours and even hosted virtual live-stream events for those who preferred to stay home during the pandemic. “Over the past year, many art lovers were able to enjoy our exhibits outdoors, even in the coldest days of the winter, at safe social distances from other visitors,” Rogers said. For most of those visitors, these exhibits were rare opportunities to socialize and experience art during a very difficult time.

Now that the pandemic is starting to wane, Rogers is excited to bring Clayton Bailey’s World of Wonders to the brand-new—and, maybe more important, spacious—lobby of Akron’s historic Landmark Building. “This exhibit brings everyone inside for a change, where visitors can enjoy a more immersive experience with the strange magic of Clayton Bailey,” Rogers said.

Clayton Bailey shares a few of the many disparate influences that inspired his art:

FILM — The Robots Are Coming! The Funk Art of Clayton Bailey from David Swope on Vimeo. 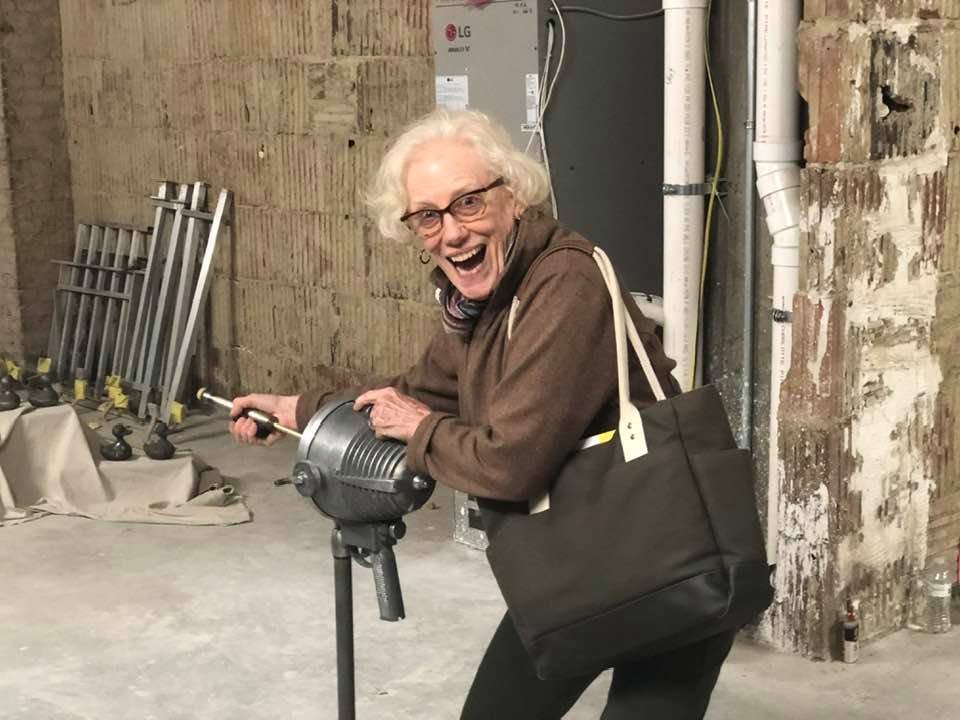 The child inside Mary Auerbach tries out Bailey’s pop gun 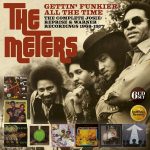