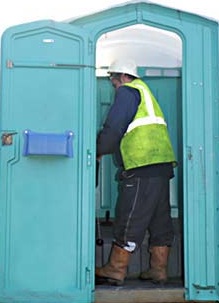 In this economy, I suppose any of us who are gainfully employed should be thankful. But have you ever held a job that made you question your very existence? A job that made “meth addict” seem like a more positive and fulfilling lifestyle choice?

I’ve had my share of thankless jobs over the years – mostly in my younger days. Pumped gas. Dug ditches for a construction crew. Handed out samples of Salt-Free Diet Pepsi at a grocery store (someday I’ll write a post about grocery store gypsies). Caddied for godless, egomaniacal trust funders. Delivered beer to college students at Ohio U.

I’ll never forget when I quit my job working construction. A couple of days earlier, I was sent inside the shell of a brand-new brick structure – with only a shovel and wheelbarrow – and ordered to lower the dirt floor by about six inches. So I spent roughly the next 16 hours taking load after load of dirt through the building’s only doorway and dumping it outside. Then my boss explained that he’d made the wrong calculation and I had to bring all that dirt back inside. I gave him a hard look, glanced at my shovel, closed my eyes, pictured a well-tanned Sisyphus playfully tossing his boulder up a beautiful hillside… and told my boss to go have sex with himself (using the non-business end of my shovel for visual clarification).

Luckily, I landed a job at a publishing company in Cincinnati a few days later.

Without question, the strangest job I ever had came right after my stint at the publishing company. At the time, I was dating a woman who hung out with quite a few colorful characters in the Cincinnati area. One of them (probably a meth addict) told her about a job selling frozen meat and chicken off the back of a parked, refrigerated semi trailer in a particularly dicey part of town.

Let me briefly describe the business model: The trailer was parked in the lot of a transmission repair shop, right around the corner from the government office where qualifying residents could pick up their food stamps – usually during the first week or two of the month. On my way to work, I’d pick up an elderly black gentleman who was hired to pass out flyers to those waiting in line for government assistance. Many of them would end up making the short trek to our trailer, food stamps and flyers in hand, to purchase boxes of frozen hamburger patties, steaks, chicken breasts, sausage, ribs… By the middle of the month, the lines were gone along with most of our inventory – and I was staring at a big wad of cash, with two weeks off before I had to report back to work. Not a bad gig. 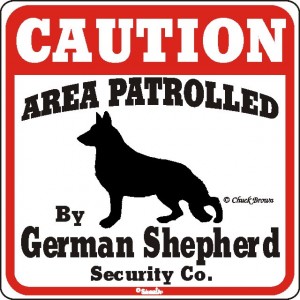 But not a particularly glamorous assignment either. In the morning, the manager of the transmission shop would pull into the lot with a huge German Shepherd in the back of his station wagon – the meanest, nastiest dog I’d ever seen. The dog would take one look at me and get so agitated that it would start gnawing big chunks of foam rubber out of the back seat. I was convinced that if it ever got loose I’d be reduced to a skeleton within seconds.

Also, my body never fully adjusted to the refrigerated trailer, so I’d be fighting off a cold during the hottest days of the summer. And since I was a product of lily-white Catholic schools, I initially ran into some problems communicating with many of my customers. But after a few months, I started talking like a Beastie Boy from the Queen City (which simply meant that if I didn’t understand you, I’d say “yo, please?”).

Of course, the best part of the job was the relatively brief amount of time I spent doing it. So I became sort of a wandering meat baron, heading south nearly every month to spend time with my brother in St. Augustine, Florida. A few more months and I probably would’ve bought a doublewide near Bunnell and maybe one of those “bubba trucks” with big knobby tires. Life was good… work was relatively easy… lots of playtime… few worries… then I ran into a slight complication.

I came back from one of my trips south to find my boss waiting for me at the trailer. He rarely showed up at all – and when he did, it was usually to gather the cash and then shoot the shit in his typically snide, smarmy, prepster-gone-bad way. So I was a little shocked to see him there before any cash was collected, with a look of great concern than seemed to clash with his cheery sweater vest. He was joined by a scruffy-looking young man I’d never met. 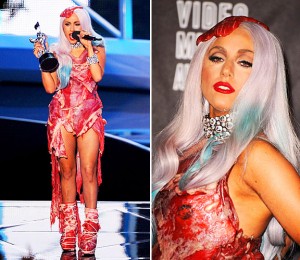 “I have reason to believe you’ve been stealing from me,” he said.

That explained his accomplice, who was there to take my job. We wound up in a brief shouting match, which ended with my now former boss challenging me to take a lie detector test.

“Sure, asshole, bring it on!” I said in the back of my mind (I think my actual response was something closer to “if you insist”). And before I knew it, my trip to the lie detector lab had been arranged.

After the dust had settled, I realized I’d made a huge mistake. Was I one of those perpetually anxious individuals who could never pass a lie detector test, even if asked whether I enjoyed the musical stylings of The Captain and Tennille? Would I need to take a tip from a hard-core ex-con, like putting a tack in my shoe that I could press down on to mask my nervousness? Or should I just pack my shit now for the trip to Hamilton County Jail?

I arrived at the lab for the scheduled test, and within a few minutes I was completely wired for failure. The “truth technician” (another interesting occupation) then asked me if I could roughly estimate how much I’d actually stolen from my boss. “Have you ever taken a stray steak or maybe even a few sausages lying on the floor of the truck?” Obviously, the answers to those questions were “yes” and “yes,” but I had been accused of stealing several thousand dollars. So we had to agree on a capped question that I would feel comfortable with – something like “have you ever taken goods and/or cash with a combined value of more than $40 from a soulless, sweater vest-wearing preppie chump?” Sounded about right to me. As firing squad victim Gary Gilmore famously said, “Let’s do it.”

I got through the test without much incident, although I’m sure I looked like some lying weasel being grilled by Stone Phillips. Then I had to wait an agonizing few days for the results. Finally, I got a call from the technician: “You passed with flying colors, although you might want to consider paying for those spoiled hamburger patties you ran off with.”

My next phone call was to my former boss, who became the target of the most hateful language I’ve ever hurled at another individual. I think I even threw in a catty comment about the sweater vest and accused him of having sexual relations with my replacement. Clearly, I wasn’t thinking straight – but it felt pretty damn good.

Thankfully, I landed a job in customer relations right after that. 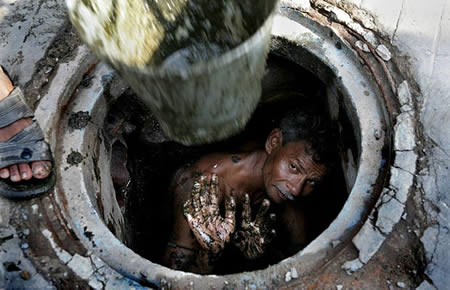 In this next video, comedian Ben Miner asks people on the street, what’s the worst job you’ve ever had? (Oddly enough, this is a promo for a career website run by Staples, the office supply retailer):

When her dad bought meat off a meat truck, this young woman made a video to help sort through her feelings about it: