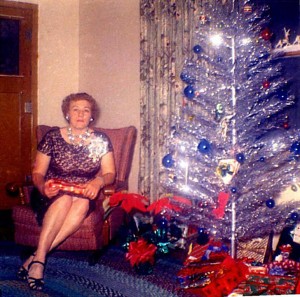 ‘Tis the season for holiday music playlists.  As “the guy who collects music,” I’ve received a number of Christmas-mix CDs over the years from friends, co-workers and family members.  And, sad to say, not all of them are good.  I usually come across a few smooth-jazz versions of Christmas favorites that always seem to start with those annoying wind chimes – probably twisting in the foul breeze coming from a nagging soprano sax over a faux-funky beat.  But don’t take that as another rant from someone hardened by the holidays.  I dig the classics by Frank, Dino, Bing and Ella.  And I get a little teary-eyed when I hear Nat King Cole crooning over the loud-speaker system at Best Buy.  Having said that (anyone watch “Curb Your Enthusiasm”?), I tend to prefer holiday tunes that don’t sound like they’d get beat up in the rougher neighborhoods of my iPod.  In other words, I like to hear “the root” in there somewhere, even if the root is a 14th Century Bulgarian Peasant March (checking wikipedia on that one).  With this in mind, I’m proud to join the staff and Board of Directors at Rubber City Review to offer you this special gift for Christmas – a “sampler” of our favorite holiday tunes.  So stoke the fire, sit back and stir your nog with this meaty yule log of seasonal joy… 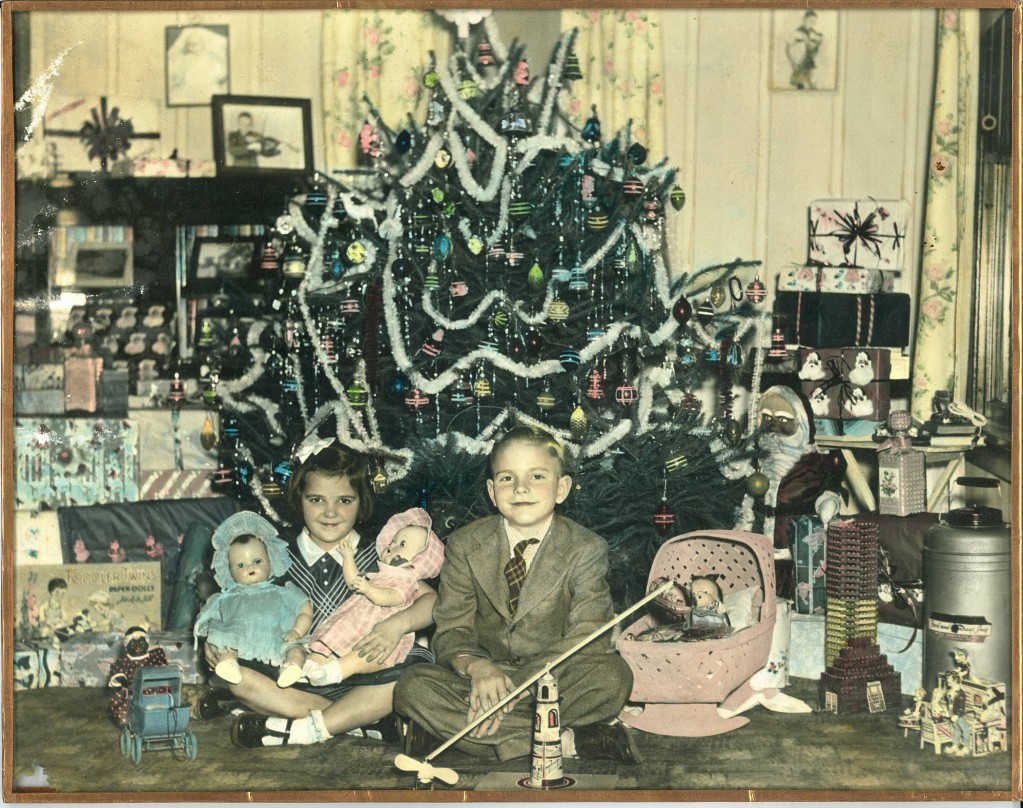 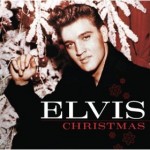 I guess it wouldn’t be Christmas without Elvis crooning his way through some seasonal standard.  And I had a hard time choosing among my favorite Elvis Christmas songs.  But I settled on Here Comes Santa Claus, because it seems to have a rockabilly rhythm even without the King – and I can’t resist a perfectly placed “well-a-well-a” in an otherwise hum-drum holiday song.  So slap this little nugget on the stereo as you prepare a nice meal of fried peanut butter and banana sandwiches for your family this Christmas… It’s a great way to remember the man who thought of it first. Here Comes Santa Claus/Elvis Presley 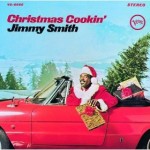 A couple of posts ago I waxed poetic about the mighty Hammond B3 organ.  You can find a wide range of recordings by the master of the B3, Jimmy Smith – big band, small combo, blues, gospel, pop – so it shouldn’t surprise you that his 20-page discography includes a pretty fine holiday collection called “Christmas Cookin’.”   Here Smith joins guitarist Quentin Warren to roast Santa’s chestnuts (well, maybe slow-boil them) in the warm, soulful sound of the classic organ combo.  If I were making the rounds on Christmas Eve, I’d stop at Jimmy’s Place and go no further. Santa Claus is Coming to Town/Jimmy Smith 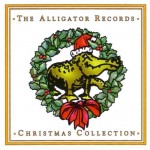 What is it about an ethereal harp playing a classic Christmas song?  And no, I’m not talking about the innards of a piano.  I’m talking about the Mississippi saxophone as played by one of its greatest practitioners – Charlie Musselwhite.  Charlie bends a few notes that I didn’t know you could bend on a basic diatonic harmonica, and even manages to throw in that big, throaty vibrato you tend to hear more often on songs about murder and prison rather than odes to virgins and shepherds.  But it works… because there’s nothing more soulful than a big man alone with his blues harp (and maybe a bottle or two) on Christmas. Silent Night/Charlie Musselwhite

When I was a kid, my friend’s dad got all liquored up and stole a Christmas tree out of the parking lot of Montgomery Ward (which has since gone out of business, so I can finally speak out about this).  It’s a sad story with kind of a happy ending – after all, the family did have a tree for Christmas.  But it reminds me of another cautionary tale about what happens when the old man pours a little too much rum in his nog.  And this one comes to us from Commander Cody, a guy who knows a thing or two about the dangers of Old Demon Alcohol (he was banned from Letterman for getting trashed, and his last album was titled “Dopers, Drunks and Everyday Losers”). Daddy’s Drinking Up Our Christmas/Commander Cody and his Lost Planet Airmen 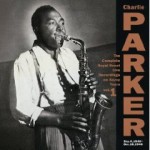 Even junkie be-boppers like Christmas songs.  Take Charlie Parker, who once said that jazz was all about “playing clean and hitting the pretty notes.”  Well if that’s the case, what better vehicle for a giant of jazz than White Christmas, which certainly has more than its fair share of pretty notes.  This take was recorded in 1948 at the Royal Roost night club in New York City – hardly the place where people went to hear Christmas carols.  But Bird tears into it like it’s Ko Ko or Donna Lee or any other original he came up with to showcase his legendary chops on alto sax.   For the few be-bop hipsters remaining on the planet, this is the only White Christmas that matters! White Christmas/Charlie Parker 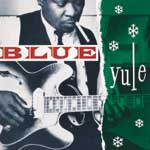 Here’s a little tip for those of you who play in bar bands:  learn a Christmas song that you won’t be embarrassed to play.  Our band learned this next one in about 15 minutes – and that included 10 minutes of arguing.  Which is not to say it’s a piece of fluff.  In fact, it’s a towering achievement by Emery Williams Jr., better known as Detroit Junior.  A native of Arkansas, Williams began his career as a journeyman blues piano player in Flint, Michigan, and eventually landed in Chicago, where he cut a single for Chess and played in Howlin’ Wolf’s band for seven years.  He passed away in 2005, but left us this holiday classic that practically howls with Christmas joy. Christmas Day/Detroit Junior 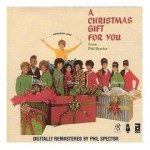 I like a lot of space in my music, so I was never a big fan of the Phil Spector “Wall of Sound” treatment –  which I guess includes Bruce Springsteen (sorry, Gary!).  But let’s face it, the holiday season is not a very subtle time of year.  And even though Spector throws the kitchen sink and several other fixtures into this one, he still manages to preserve the majesty of ex-wife Ronnie’s voice, which seems to exist somewhere between the playground and the red light district.  Sure, you could speculate whether “Frosty the Snowman” is code for something far more nefarious… But I’d rather take this one at face value and assume Phil and Ronnie had a nice, uneventful Christmas that year. Frosty the Snowman/The Ronettes 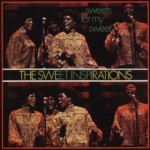 At this point you may be asking, what’s your favorite holiday song?  (Hey, you stuck with me this far!)  Here’s one I have no problem listening to all year round.  Led by Cissy Houston (mother of some up-and-comer named Whitney), the Sweet Inspirations were the back-up singers of choice for artists ranging from Aretha Franklin and Wilson Pickett to Elvis Presley and Van Morrison.  This cut was recorded in 1969 at the fabled Muscle Shoals Sound Studio and features the deep southern soul of Eddie Hinton on guitar.  It’s an American classic by any measure, but sounds especially sweet this time of year.  Merry Christmas, y’all! Every Day Will Be Like A Holiday/The Sweet Inspirations 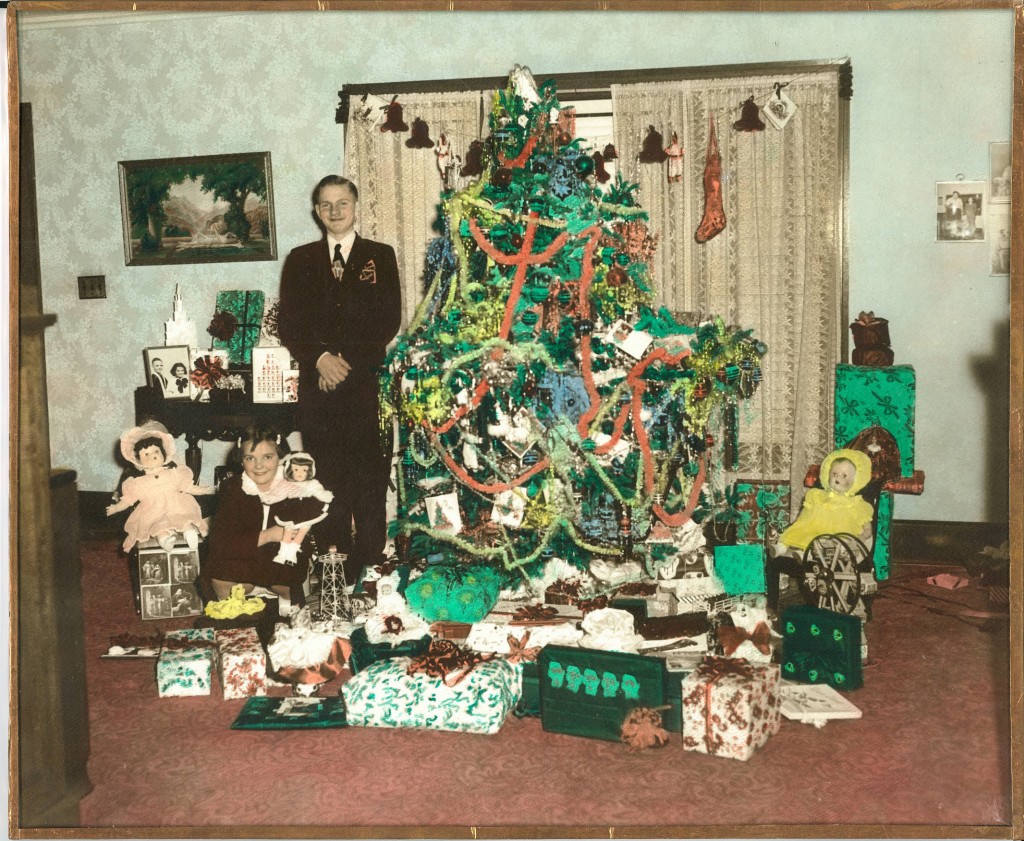 Gold-framed photos (hand-colored) from the collection of Charles Auerbach