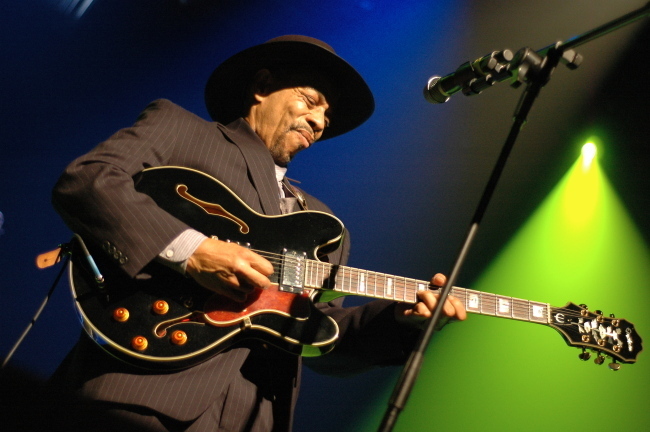 Let’s deal with a few basic facts about the Windy City. The Cubs are hopeless. Rahm Emanuel’s approval rating can only go down. There will never be another Muddy, Wolf or Walter (Big or Little). And it’s time to pay more attention to Chicago’s second generation of hard-working blues artists.

I have to admit, I wasn’t looking forward to another album featuring a makeshift group of all-stars, even in my favorite genre. But I’m really digging into “Chicago Blues: A Living History – The (R)evolution Continues” – a two-CD set available June 7 on the Raisin’ Music label. It follows up on a Grammy-nominated project in 2009 that featured local luminaries Billy Boy Arnold, John Primer, Billy Branch, Lurrie Bell and Carlos Johnson.

Those guys are back with the new release, and this time they’re joined by a few special guests, including Buddy Guy, James Cotton, Magic Slim and Ronnie Baker Brooks. “The (R)evolution Continues” also benefits from the unifying presence of a rock-solid backing band – Billy Flynn on guitar, Matthew Skoller on harmonica, Johnny Iguana on keyboards, Felton Crews on bass and Kenny “Beedy-Eyes” Smith on drums. 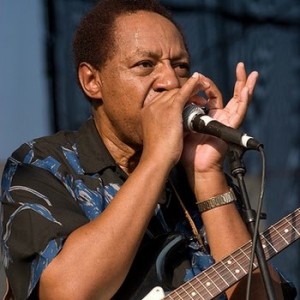 Guy and Cotton are blues royalty who need no introduction. In a more perfect world, Arnold would be as well-known as those two, having played on some essential recordings by Bo Diddley and penned a few classics himself. I Wish You Would was covered by The Yardbirds, Eric Clapton and even David Bowie, but none of them could top Arnold’s original from 1955: I Wish You Would

Most of the other “Living History” artists have led their own bands in Chicago and have joined forces on a number of other projects – including the Sons of Blues, which featured Bell (son of harp wizard Carey) and Branch. More important, all of them have direct ties to the first generation of Chicago bluesmen and women. Primer played in Muddy’s band for a number of years and also was a member of Willie Dixon’s Chicago All-Stars, which included blues harpist Branch. Bell played guitar with the Queen of the Blues, Koko Taylor. And Flynn recorded with Otis Rush and John Brim, among others. 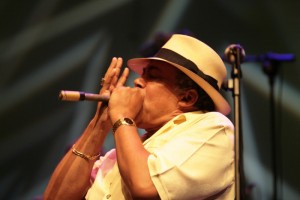 And Branch gets to strut his stuff on Yonder Wall, an Elmore James tune that Junior Wells “funkified” on his groundbreaking album from 1965, “Hoodoo Man Blues”: Yonder Wall

I wouldn’t describe anything on the new album as groundbreaking, and I’m sure some will debate whether the blues has evolved as the title implies. Just for argument’s sake, let’s take the form through two generations of the Brooks family.

Those of us who can’t get enough of Louisiana swamp blues might be partial to the elder Lonnie’s early recordings as Guitar Junior – and especially this blistering workout recorded for the Goldband label in ’58: The Crawl 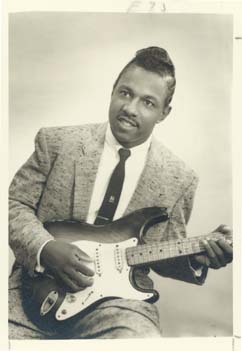 Lonnie went on to become one of the more memorable characters in the Chicago blues scene, with his tall cowboy hat, gritty voice and slashing guitar. Meanwhile, son Ronnie Baker Brooks took a different path, even working with a hip-hop producer and rapper to give his blues a more contemporary sound. He plays it fairly straight on “(R)evolution,” though, with this hard-driving remake of a tune by his dad Lonnie. Has mankind evolved beyond “the crawl”? You be the judge: Don’t Take Advantage of Me

Me? I’ll take an old swamp record over new jack blues any day of the week. But I can appreciate “The (R)evolution Continues” for what it is – a joyful romp through virtually every style of Chicago blues. It’s also good to know that the city’s greatest cultural asset is in the capable hands of some serious players who love this music more than life itself.

Then again, maybe it’s all about the everlasting power of the jelly roll. Let’s close with Billy Boy Arnold’s take on a song by the legendary guitarist Lonnie Johnson, who lived and recorded in Chicago during much of the ‘30s and ‘40s. It sings the praises of the most popular man in town: He’s a Jelly Roll Baker

Both “Living History” albums were produced by Raisin’ Music’s Larry Skoller and recorded by Blaise Barton at Chicago’s JoyRide Studios. Look for “The (R)evolution Continues” in stores and online beginning June 7.

Primer and Branch with the Living History Band – at the 2009 San Javier Jazz Festival in San Javier, Spain:

Rare Soul + Funk, Pt. 2General
Thanks, But I’ll Do It SoloGeneral