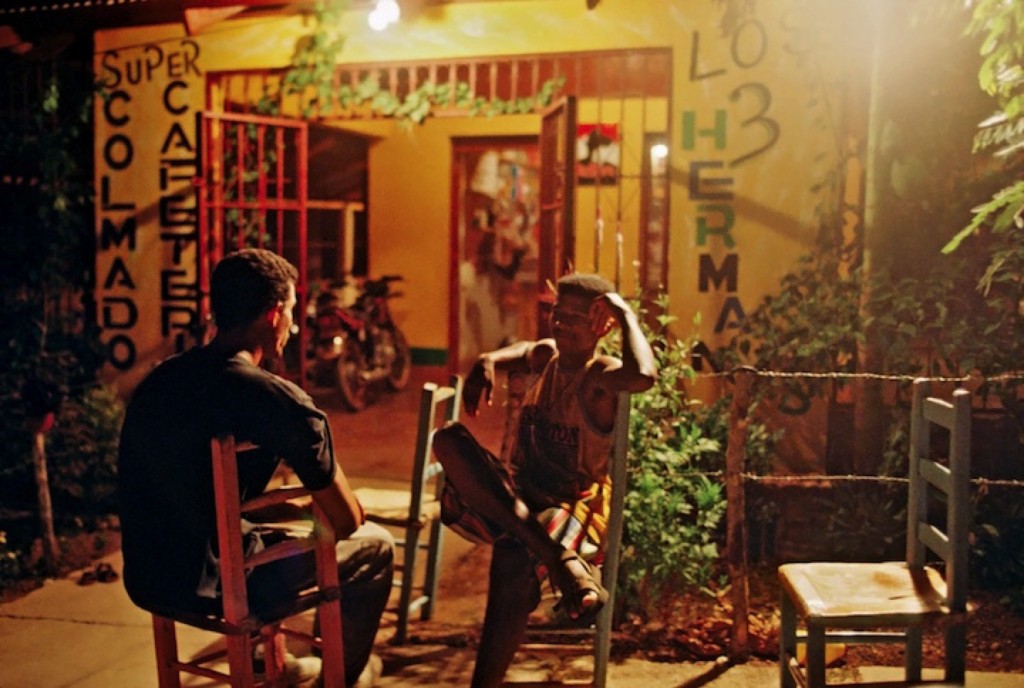 Brother James takes us to the Dominican Republic – home of the “ripped parrot,” flame-throwing accordionists and the well-greased palm at customs.

I will never forget the blast of suffocating air that hit me when I stepped off the plane in Santo Domingo for the first time in 1980. It was my first excursion into the Caribbean and I was clearly entering another world. Ten minutes later I was in a small room at the airport surrounded by supposed Interpol agents who were searching me for drugs and pantomiming coke-snorting and joint-smoking while I kept repeating “No tengo nada.” Good times.

Accusations aside, I had actually come to the Dominican Republic with an archaeologist/author to photograph colonial artifacts for a book project that would bring me back to the island several times over the next 15 years. Things got better on subsequent trips as my Spanish improved and I learned that a mere $20 of  “paper lubricant,” placed in the right hand, would make for a hassle-free customs experience as well as discourage baggage inspectors from helping themselves to $40 worth of my Kodachrome. I’m sure the situation has gotten better since then… or maybe now they’re charging people for not stealing memory cards.

In spite of all this, the Dominican Republic is one of my favorite places – and I would go back in a second, mostly because I fell in love with its people and its two homegrown musical forms: merengue and bachata. 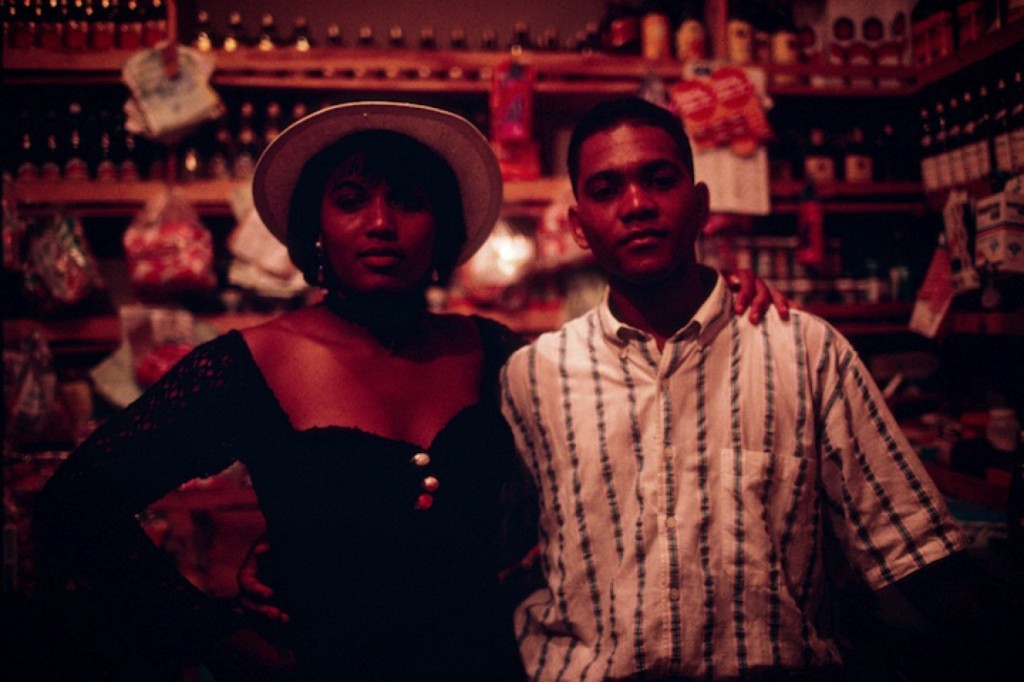 At the discos, I was hearing the usual commercial merengue, but also some wild accordion music that was different from anything I’d heard before. It turned out to be a type of folk merengue called perico ripiao, literally “ripped parrot”… nobody agrees why. It may have been the name of a brothel in Santiago where the music was first played. Here’s a sample from María Diaz, who calls herself “La Dama del Merengue.” El Hombre Mas Desgraciao/Maria Diaz 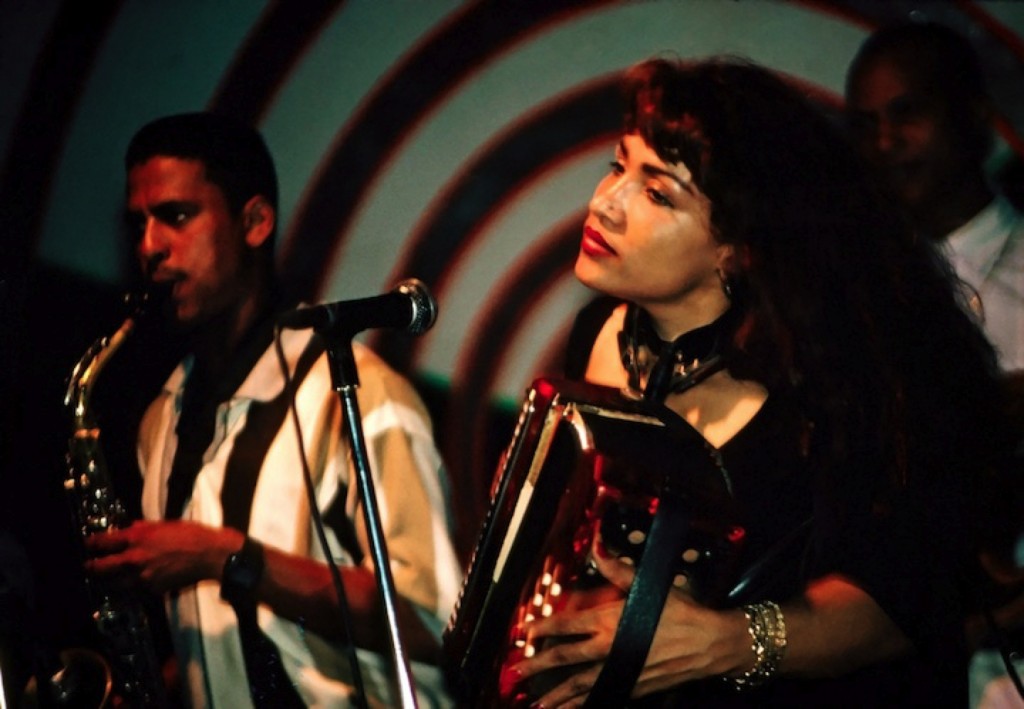 Basic instrumentation for perico ripiao consists of a tambora (a two-headed drum), bass guitar, güira (a metal scraper) and saxophone, but the principal instrument is the diatonic button accordion. The blind accordionist El Ciego de Nagua is considered one of the best. Clariza/El Ciego de Nagua

An American archaeologist who was working in the DR once told me, a little embarrassed, about attending a concert by a female accordionist whose stage presence was so powerful that he actually became frightened. He had seen Fefita La Grande, who is sometimes called “La Mujer de Fuego” because every place she plays catches fire. Legend has it that, at age 12, Fefita played for a member of the ruling Trujillo family, who was so blown away that he gave her a $5,000 tip. This is a piece of a live performance: Maria Pica’/Fefita La Grande

One thing that distinguishes merengue is the breakneck tempo, surprising in a tropical country. I love watching Dominicans dance to it. In the tropical heat, it’s all about economy of motion… 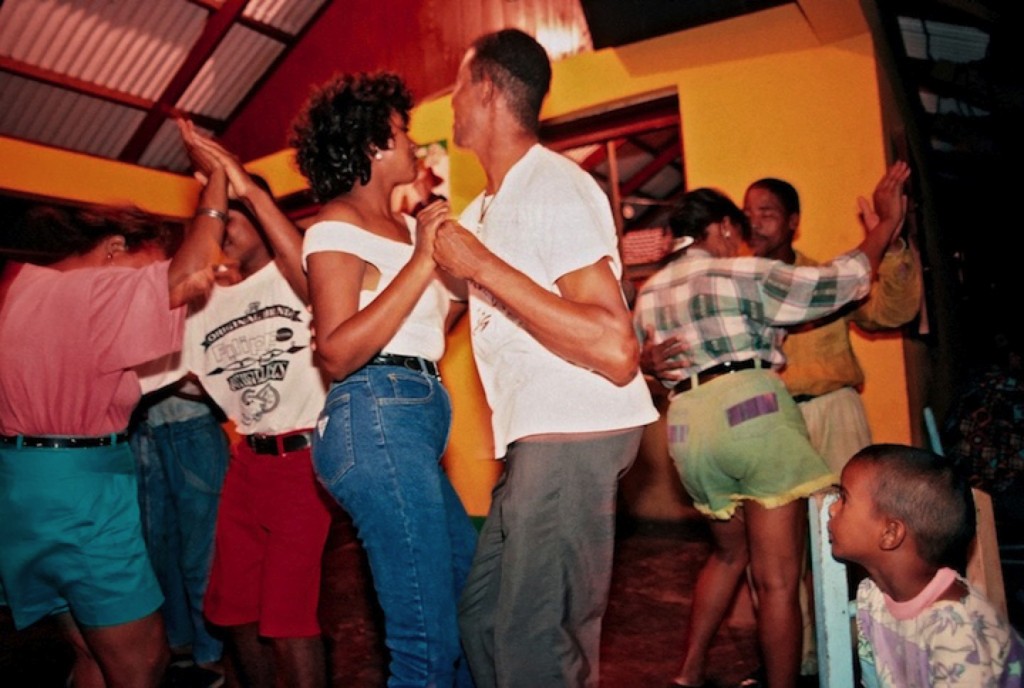 While merengue is honored as the national music of the Dominican Republic, when I went into the countryside, everybody was listening to bachata, a music that was completely ignored by the mainstream media for being corny and backward. In the city, nobody wanted to admit they listened to it, even as tons of bachata cassettes were being sold on the streets. Bachata is a guitar-based form with dark, pleading vocals and lyrics about heartbreak and bitterness… my kind of music. These days, it’s as popular as merengue throughout Latin America. Here’s “The Father of the Bachata,” Luís Segura: Dime/Luis Segura

Back in the early ’90s, everybody in the northern part of the country was listening to Antony Santos: Si Tu Carino No Esta/Antony Santos 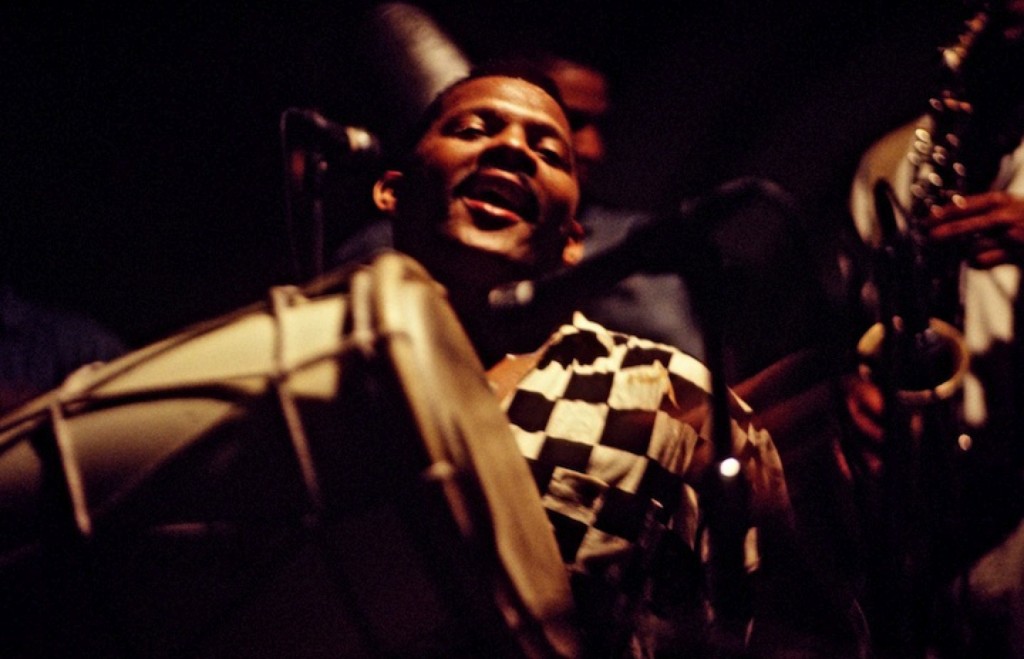 I love this one from bachatero Juan Bautista aka “El Destroza Corazon” (The Heartbreaker). This is his mocking response to another musician he heard boasting about being “pegao,” which literally translates as “stuck,” but in the DR also means “hot” (in the showbiz sense). The lyrics play on the double meaning: “I’m a good man with a pure heart, and wherever I am, I hear my song, but never have I praised myself by saying I’m ‘stuck.’ And he says he’s ‘stuck.’ ‘Stuck’ to what?” Pegao de Que/Juan Bautista

Anyone interested in the bachata phenomenon can check out this excellent book: “Bachata, a Social History of a Dominican Popular Music,” by Deborah Pacini Hernandez. 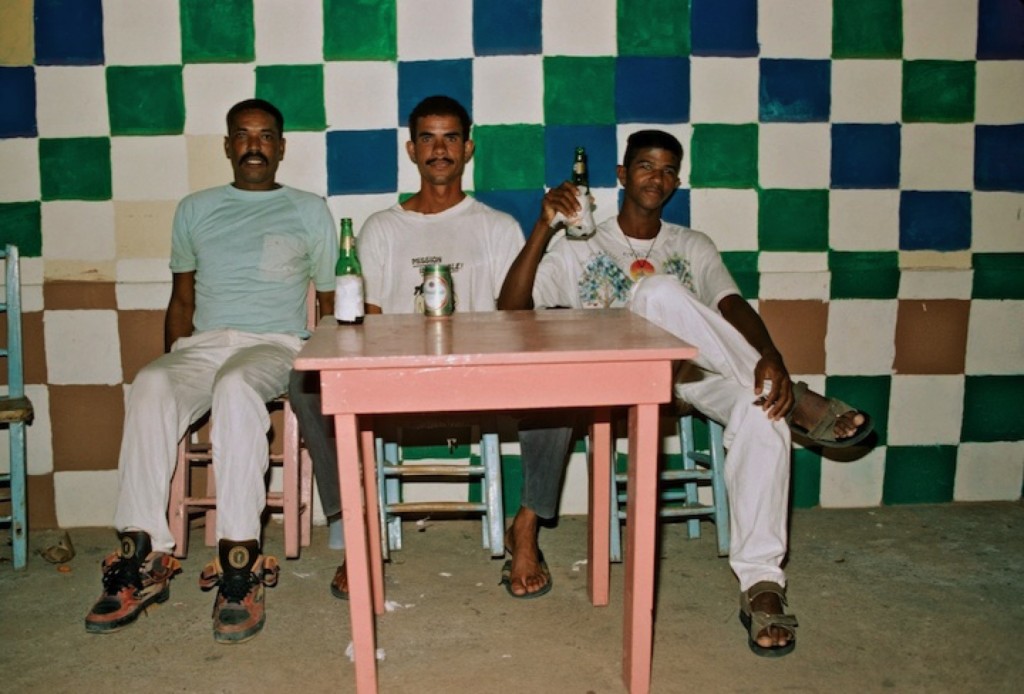 Sing Me Back Home (In Harmony)General
Raised on the StonesGeneral