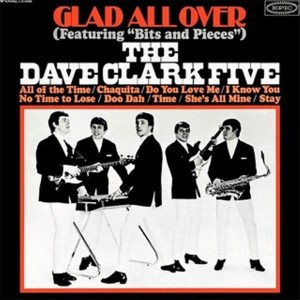 In our last post, I bemoaned the fact that rock ‘n roll was the nail in R&B’s coffin – sealing the fate of countless shouters, honkers, stringbenders and piano pounders who thrived after WWII. But I also should admit that, at the young age of eight, I welcomed the British Invasion. In fact, I’d proudly declare to anyone who would listen that The Dave Clark Five was the greatest band on the planet – far better than those cheeky lads from Liverpool.

I really couldn’t understand why my older siblings preferred The Beatles. Dave Clark looked like a movie star and played drums like a goddam caveman… so powerful that no one would even think of questioning his role as leader of the band. Then there was Mike Smith, who sang with a blues-based authority that I recognized right away when I later discovered the music of Muddy Waters and Howlin’ Wolf. And that’s only 40% of the DC5 (the other members were Lenny Davidson on guitar, Rick Huxley on bass and Denny Payton on sax; only Clark and Davidson are still alive). How could The Beatles and those other Mersey Beat sissies possibly compete with the hard-stomping badasses from Tottenham? Bits and Pieces

Of course, my growing love of Chess blues – not to mention The Beatles’ amazing run through the rest of the Sixties – would eventually make this little “Mersey Beat vs. Tottenham Sound” parlor game seem completely irrelevant. But I recently came across a documentary on PBS that reexamines The Dave Clark Five’s legacy and, for the most part, restores the band’s rightful place with The Beatles, The Rolling Stones and, in my mind, The Kinks at the forefront of the British Invasion. 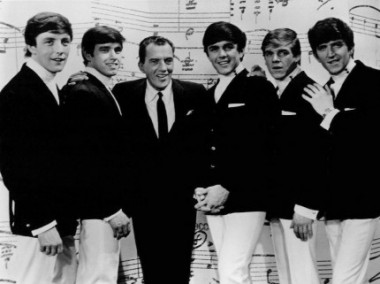 Given that The Dave Clark Five and Beyond – Glad All Over was produced and directed by Clark himself, don’t expect much in the way of critical thought. It’s more like the ultimate fanboy experience… at least the part that deals with the band’s steady rise in England and inevitable conquering of America, where the DC5 appeared on the Dave Sullivan Show an unbelievable 18 times (compared with The Beatles’ three appearances).

The later part of the film spends way too much time glorifying Clark’s role as co-writer and executive producer of TIME – The Musical, a sci-fi extravaganza featuring Freddy Mercury, Julian Lennon and Laurence Olivier, among others (I’m hoping Olivier passed away before the play opened). If the CIA is truly serious about coming up with a workable alternative to waterboarding, this garish spectacle would do just fine.

But thankfully, the doc has plenty of great footage of Sixties rock and soul, featuring The Dave Clark Five along with The Beatles, The Stones, Dusty Springfield, Otis Redding, The Supremes, The Who and other classic acts from the UK and the States. And Clark must’ve called in quite a few chits for the interviews – Paul McCartney, Stevie Wonder, Bruce Springsteen, Steven Van Zandt, Elton John, Gene Simmons (inexplicably, in full KISS regalia throughout), Whoopi Goldberg (huh?), Ian McKellen (wha?)… In terms of sheer enthusiasm, none of them can match Tom Hanks’ evangelical tribute at the band’s 2008 induction into the Rock and Roll Hall of Fame (talk about a fanboy!).

Not all of the celebrity comments are noteworthy. As another reviewer rightfully pointed out, some of the best interview clips feature original members of The Dave Clark Five Fan Club waxing poetic about the band’s glory days, when it held down the house gig at London’s Tottenham Royal. By that time, the DC5 already had honed their sound through hundreds of gigs at British ballrooms and U.S. military bases. And what a glorious sound it was – “a big, powerful, nasty sound,” as Springsteen puts it (with Van Zandt adding a more over-the-top appraisal: “the most powerful records ever made”). 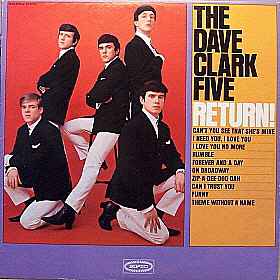 Those first records built on the massive buzz created by the DC5’s earth-shaking live shows. The band wisely chose a mix of smart covers – mostly garage-rock from the U.S. such as The Contours’ Do You Love Me – and hard-rocking originals that showcased Clark’s muscular drumming. One of those originals ended The Beatles’ first run at the top of the U.K. singles chart in ’64 (with I Want to Hold Your Hand): Glad All Over

The band also had a more sensitive side, which you can hear in dreamy ballads like this one (in the doc, Stevie Wonder lovingly recreates the song’s memorable keyboard solo by Smith): Because

The rest of the Sixties were far less kind to the DC5. They went from practically owning the U.S. pop charts in the mid-Sixties – 17 Top 40 singles – to becoming a variety-show curiosity in their native England (although they toured relentlessly around the world in their own private jet). To put it bluntly, while The Beatles were expanding the boundaries of rock, The Dave Clark Five were doing their best to become completely irrelevant. Of course, a more balanced documentary would include some mention of the fact that the band’s only concession to the changing times was a slightly more psychedelic wardrobe… but we’re talking about a film made by Dave Clark International Productions, not Michael Moore.

Dave Clark’s business acumen is an important part of his own legacy (Elton John calls him an “absolute, stone-cold genius,” while Paul McCartney points out the indignity of not owning the rights to The Beatles’ catalog). Clark was way ahead of his time in this respect. Back in the Sixties, he had complete creative control of the band – including final say over what songs could be released as singles. Eventually, he assumed ownership of the DC5’s master recordings and determined how, and when, those recordings would be reissued. 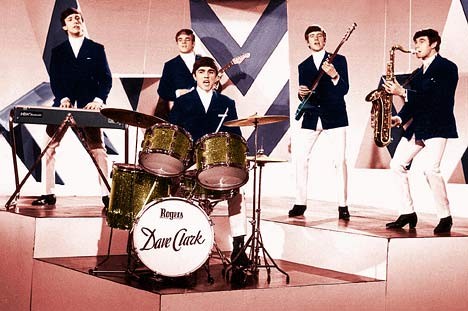 Then again, between 1978 and 1993, he prevented the release of any of the band’s recordings in any commercial format (selections from the band’s catalog are now available in the U.S. on iTunes). What the hell did he think he was guarding, the Shroud of Turin?

Back in the “plus” column, Clark also purchased the rights to all existing footage from the British TV show Ready, Steady, Go!, which includes some priceless video of the Sixties-era acts mentioned earlier. That probably explains the high quality of the performance clips used in the doc.

In a way, Glad All Over reminds me of The History of The Eagles documentary – mostly gripping footage of the band’s rise to fame, followed by about an hour of shameless self-aggrandizement. But don’t take that the wrong way. The film is two hours long, and it’s free for chrissake! Just hang with it until the band’s demise in 1970 (if you choose to venture “beyond” The Dave Clark Five, you’ll forever be haunted by the image of Laurence Olivier’s disembodied head spouting New Age claptrap).

Here’s a four-minute trailer for The Dave Clark Five and Beyond – Glad All Over: 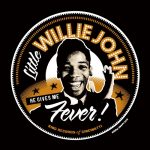 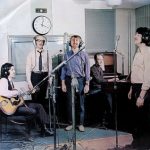