Just picked up a good read about the troubled marriage of rock and the boob tube: “TV a-Go-Go” by Jake Austen (producer of a cable-access children’s dance show that airs in Chicago). Austen traces the roots of rock on TV back to Bo Diddley’s first (and last) appearance on the Ed Sullivan Show, on Nov. 20, 1955. Bo was told by the show’s producers to play Tennessee Ernie Ford’s hit Sixteen Tons. He later noted in his biography “Living Legend” that he deferred instead to his label, Chess Records, which was hoping to break a hit with the song Bo Diddley: “Chess tol’ me that if I’da did Sixteen Tons and not Bo Diddley, that would have been the end of my career right there.” Bo snubbed the producers and played his namesake single, which earned him a lifetime ban from America’s most popular variety show:

As Austen points out, the most remarkable thing about the video is the last 55 seconds as Bo became “intimately engaged with his guitar – a guitar with a distorted, damaged tone that sang like a human being in a voice simultaneously joyous and mournful. Diddley was rock ‘n roll’s first guitar hero.” Far more viewers watched Elvis the following year on the same show, but the King’s mild renditions of Don’t Be Cruel and Love Me Tender couldn’t match the power of Bo and band in ’55.

By the end of the decade, Dick Clark had built a financial empire around a show that served as the prototype for virtually every music-related program that followed: American Bandstand. Clark is often blamed for polluting the airwaves in the late ’50s and early ’60s with the sappy sounds of teen idols like Fabian and Frankie Avalon – a trend that benefited his Philadelphia-based business interests and cronies. But Austen notes that Bandstand gave birth to a whole slew of worthy imitators, including shows like Shindig, Hullabaloo and, starting in ’71, Soul Train. And let’s hand it to the ageless one for featuring a long list of garage bands on Bandstand and its eventual spin-off, Where the Action Is, which featured bands lip-synching at various outdoor locations (mostly beach-related). Here Music Machine mimes their hit Talk Talk at what appears to be a zoo:

Speaking of lip synching, Austen is fairly forgiving of this hoary showbiz tradition. Given the technical limitations of most Sixties’ TV studios (and outdoor locations), it was difficult to accommodate multiple bands and their equipment in one session. “If no one had lip synched there would have been no guests on those shows,” Austen points out. Many of these mimed performances serve as historical documents of artists ranging from Chuck Berry to the Rolling Stones. Austen also notes that some of the better artists – like James Brown and, later, Michael Jackson – turned lip synching into an art form. He singles out Brown’s dazzling footwork during a solo take on Papa’s Got A Brand New Bag (seen here) – a mic-less performance on Shindig that enabled the show’s producers to “create a powerful, original visual statement instead of focusing on being ethnographic rockumentarians capturing a ‘real’ live performance.”

Even some of the band-less moments have their unique pleasures… Those of you who have a taste for the truly bizarre will enjoy this Bandstand clip from 1966 as Don Van Vliet (aka Captain Beefheart) calls in to answer some questions and introduce his cover of the Willie Dixon tune Diddy Wah Diddy (“Who thought of the name of the group?” “I thought of the Captain Beefheart and the rest of the group thought of The Magic Band”).

American Bandstand also should be credited for spawning countless regional music shows, like The !!!! Beat (filmed in Nashville, broadcast in Dallas, and featured in our recent post on Gatemouth Brown), The Buddy Deane Show in Baltimore (inspiration for John Waters’ movie and Broadway musical Hairspray), and Upbeat in Cleveland. Austen describes Cleveland as “one of the great TV rock towns,” with Upbeat serving as a first-rate example of regional rock ‘n soul programming. I remember being captivated by the show as a kid and even admiring Upbeat’s slick and cheery host, Don Webster. And if there’s better footage from the show than this live performance of Otis Redding and band tearing through Can’t Turn You Loose, you need to send it my way. (Historical footnote: Redding’s ’67 appearance on Upbeat occurred the day before the plane crash that took his life.)

Given its many studios and vibrant music scene, LA gave rise to the most Bandstand-like programs in the country – Shivaree, Shebang and Groovy, to name a few. Here’s sort of a hybrid performance from Shivaree, with The Byrds singing live over a prerecorded backing track. This segment was hosted by Frankie Avalon and broadcast on May 8, 1965, only three days after the band’s TV debut. Interesting tidbit from “mcd220″ for you Byrdmaniacs out there: ‘If you listen carefully, you can hear Gene Clark’s baritone vocal part in the second chorus during ‘In the jingle jangle morning I’ll come following you.’ This part was NOT on the record; reason being is that Gene’s vocals were on the same track as Leon Russell’s electric piano, which was taken out of the mix.”

If you’ve got about eight minutes, you’ll want to check out this treasure trove of soul music from Shindig – great footage (both live and otherwise) of James Brown, Tina Turner and Booker T and the MGs:

Next up: The agony/ecstasy of psychedelic rock on TV. 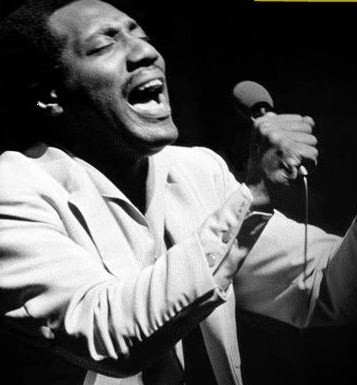 10 Things To Be Thankful For In 2011General
Rock ‘n Soul on TV: The Sixties (Part 2)General