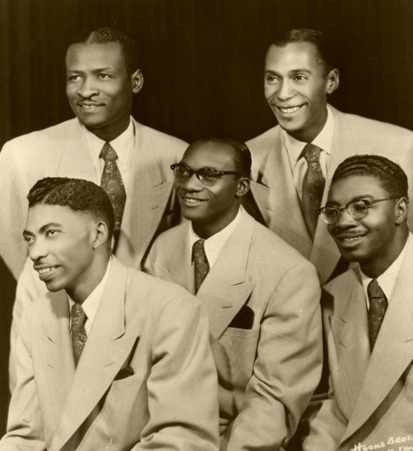 Back in this post, we featured a carefully selected playlist of songs best suited for Sunday mornings, when godless ingrates like me are busy reading the Times and sipping artisinal coffee. Now there’s the word of the moment: artisinal. Want to charge an extra $5 for a loaf of bread? Call it “artisinal.” In fact, consider this blog artisinal – lovingly crafted by small, swarthy people who live in caves. By the way, is it pronounced ar-TEASE-in-al? And do you really want to emphasize the “tease” in a word that promises untold quality at twice the price?

But again, I digress… As we pointed out a couple of years ago, that playlist was designed to accompany Arts and Leisure, not necessarily to instill a sense of religious fervor in the faithful. No, I saved those tunes for this post – a sampling of songs by a few of our favorite gospel artists. So put down the paper, crank up the laptop, get your ass off the couch and spread some joy… even if the congregation amounts to a fairly jaded spousal unit and a few nervous pets. 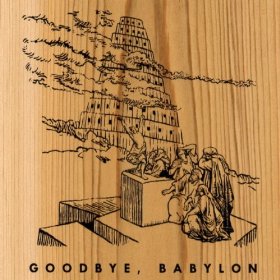 The Georgia Sea Island Singers spread their unique brand of joy around the world. But the Gullah tradition they celebrate – formed in the coastal plains and islands of Georgia and South Carolina – is largely one of isolation. It’s an African-American heritage in the truest sense of the term, with songs, dances, stories and a uncommon dialect that grew out of a cultural collision of the American South, West Africa and the Caribbean. Their music is mostly a capella, call-and-response gospel, and one of the form’s greatest performers was Bessie Jones, a native of Smithville, GA. Bessie was “discovered” by folklorist Alan Lomax, who recorded this song on St. Simon’s Island in 1960. You can find it on an amazing collection of rare and beautiful gospel songs on the Dust-to-Digital label: “Goodbye, Babylon.” O Day

One of the biggest gospel hits from the renowned catalog of Specialty Records was a novelty tune by Cleveland native Wynona Carr. She was signed to the independent label in 1949 by its owner, Art Rupe, who elevated her to the title of “Sister” hoping that some of Sister Rosetta Tharpe’s mojo would rub off on his new artist. In Sister Wynona’s Biblical baseball game, Temptation is on first, Sin’s on second, Tribulation’s on third, Satan’s on the the mound, Solomon’s the umpire and Ryan “The Hebrew Hammer” Braun is up to bat… OK, I made that last one up. Actually, J.C.’s standing at home plate “just waitin’ for you to come in.” So don’t slide home with your spikes up. The Ball Game 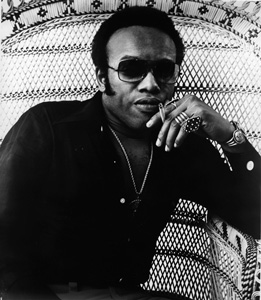 Wynona left gospel behind and joined Reprise Records (the home of Frank Sinatra) in ’61 – roughly the same time that fellow Clevelander Bobby Womack was starting to hit the gospel circuit with his brothers Friendly (Jr.), Cecil, Harry and Curtis. The Womack Brothers soon caught the attention of the great Sam Cooke, who signed them to his own label, SAR Records. The brothers cut a few gospel sides before transforming themselves into The Valentinos and recording such secular pleasures as Lookin’ for a Love (later covered by The J. Geils Band) and It’s All Over Now (a #1 UK hit in ’64 for The Rolling Stones). Of course Bobby Womack went on to become a soul/funk legend – and a favorite of Rubber City singer Chrissie Hynde. But back in ‘61 he was just one of five brothers from Cleveland trying to carve out a gospel career with sanctified tunes like this one: Couldn’t Hear Nobody Pray

Let’s head out of Cleveland and over to Chicago, where the Highway Q.C.’s were building a reputation as one of gospel’s most fearsome acts. The group earned its place in the gospel firmament by graduating Sam Cooke, Lou Rawls and Johnnie Taylor into the secular mainstream. By the end of the ‘50s all those giants were long gone, but the Q.C.’s managed to carry on admirably with the soulful voice of Spencer Taylor (no relation to Johnnie). In 2010, Taylor and band celebrated 65 years of spreading sacred music around the world – and I think (correct me if I’m wrong) they’re still performing today. The Q.C.’s had a big influence on a young Bob Dylan, who first heard them at his home in Hibbing, MN, by dialing in the powerful signal of Shreveport’s KWKH. Here’s a song Zimmie might have heard back in ’59 (from a Mojo magazine compilation called “The Roots of Bob Dylan”): Working on the Building 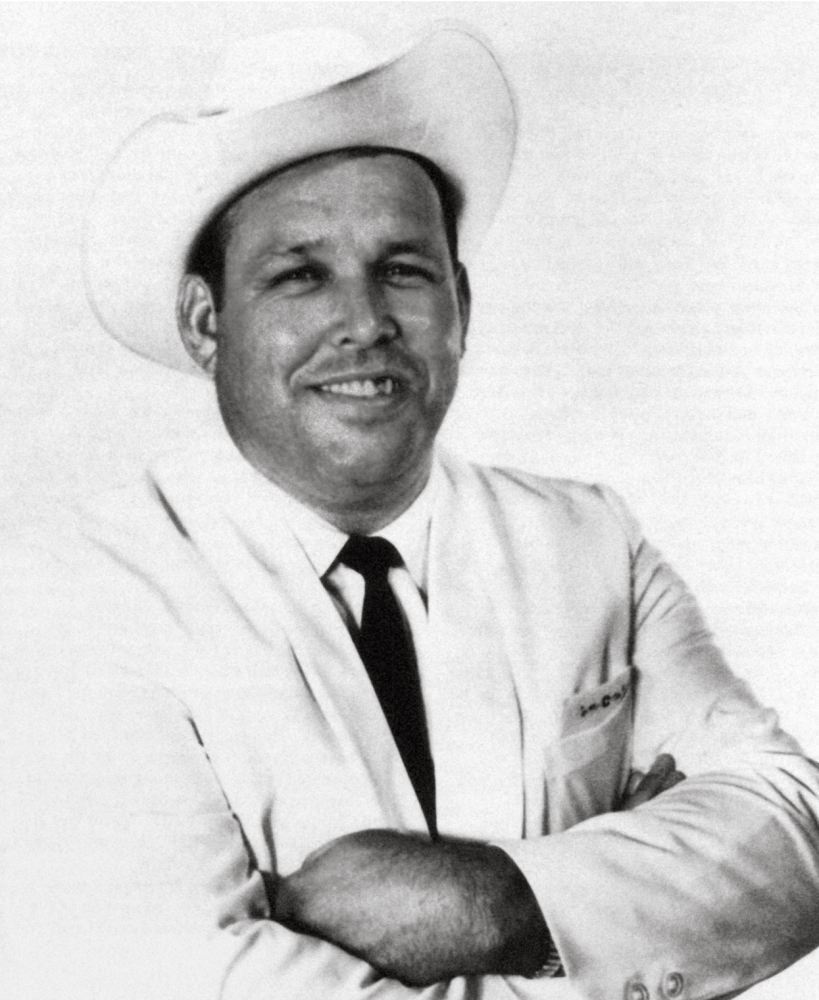 What can you say about Brother Claude Ely that our friend The Hound didn’t already cover in this piece? It’s hard to imagine this voice came out of a white hillbilly preacher… he sounds like he could’ve jumped right in with the Q.C.’s, the Womacks, the Swan Silvertones or any one of the great black gospel acts of the last century. Simply put, this dude could flat-out sing, and he clearly had the spirit too. As we made the case a couple weeks ago with Moon Mullican, when it comes to raisin’ the roof on a church or a Texas roadhouse, don’t rule out the pudgy white guy. Do You Want To Shout

You might be familiar with Robert Randolph as a mainstay on the jam-band circuit (maybe the only artist in that vein that gets my blood pumping). Let’s not forget Randolph came out of the sacred steel tradition, which started in the ’30s in House of God churches throughout the eastern U.S. as black pedal steel guitarists began to mimic the Sunday choir. If you really want to get right with god, check out one of the wonderful sacred steel compilations on the Arhoolie label that capture mind-blowing performances (a few featuring Randolph) at several churches and the first-annual Sacred Steel Convention in Winter Park, FL. Randolph eventually gained far greater fame with revved-up rock albums featuring his Family Band. But he returned to sacred ground with his 2001 album “The Word,” featuring keyboard player John Medeski (Medeski, Martin & Wood) and the North Mississippi Allstars. Here they burn through an old gospel standard: I’ll Fly Away 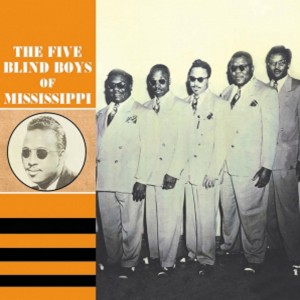 With all the much-warranted fuss over The Blind Boys of Alabama, it’s easy to forget these guys had some serious competition the next state over. In fact, The Five Blind Boys of Mississippi might pre-date the Alabama group – although the latter’s big voice, Clarence Fountain, has said that both groups were named at a gospel contest in ’48. Regardless, both are essential to the southern gospel tradition, with The Blind Boys of Alabama doing their best to keep the spirit alive today. But the most exciting and powerful blind boy might have been the Mississippi group’s lead singer, Archie Brownlee. He’d shout, scream, stomp his feet and even throw himself offstage in a state of religious fervor (the first crowd-surfer was a blind man??). Here’s a taste of Brownlee and The Five Blind Boys of Mississippi, circa 1959: My Robe Will Fit Me

Let’s close with my favorite gospel song of all time, by The Swan Silvertones. It starts with a plaintive guitar, then goes into a slow burn that builds and builds until it explodes with the heavenly falsetto of one Claude Jeter, who makes Prince sound like a first-time sinner. If this doesn’t move you… well, I got nothin’ else for you. Wanna watch some funny cat videos? Mary Don’t You Weep

Here’s a great vintage clip of The Blind Boys of Alabama… Clarence Fountain conquers all evil on this one:

10 by Miles DavisGeneral
RCR Focus Groups: The Results Are InGeneral