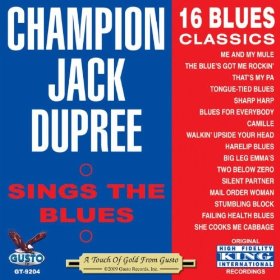 Born and bred in New Orleans, Champion Jack Dupree was more of a barrelhouse blues piano player than a second-line syncopater (although his ode to the loaded lifestyle, Junker’s Blues, was repurposed by Fats Domino in his signature song, The Fat Man). Dupree recorded for many labels under a number of aliases, but he stopped by King Records long enough to record a minor classic in ‘55, “Sings the Blues.” The title’s actually a little misleading, since Dupree seems to favor the talkin’ blues on this outing. And on a few cuts, the talk’s a little cheap (never the most subtle guy, the former pugilist liked to mimic harelips and stutterers). But the music throughout is first-rate, with Dupree accompanied on several tunes by George “Harmonica” Smith and the great Mickey Baker on guitar. A few used copies are still floating around – snap one up before they’re gone. The Blues Got Me Rockin’ 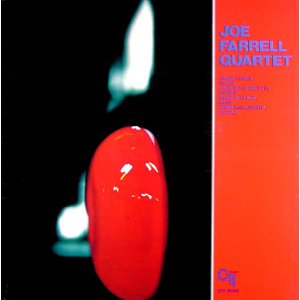 Jazzman Joe Farrell cut his teeth playing hard-bop, bringing his bold sound on sax, flute and oboe to sessions with Charles Mingus, Jaki Byard and Elvin Jones in the ‘60s. But he’s probably best known for a series of more laid-back albums he recorded for the CTI label from 1970 to 1976 – that, and being an original member of fusion powerhouse Return to Forever. Although long out of print, Farrell’s CTI debut is the high point in a distinctive career that eventually crash-landed due to years of drug abuse. The band on this session is hard to beat – Chick Corea on keyboards, John McLaughlin on guitar, Dave Holland on bass and Jack DeJohnette on drums. And thankfully, the emphasis is on soulful, exploratory jazz rather than pop-flavored fluff.  Here’s the definitive version of a stunning original by McLaughlin: Follow Your Heart 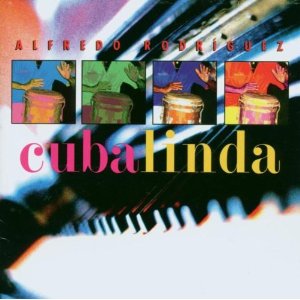 If you were completely oblivious to Latin music back in 1997, you still probably knew about the Grammy-winning Buena Vista Social Club album – Ry Cooder’s love letter to Cuban music. But several other worthy releases helped pave the way for that project, including Alfredo Rodriguez’s excellent “Cuba Linda.” Recorded at Havana’s legendary Egrem studio only months before Cooder and company made history there, “Cuba Linda” brought together seasoned pros like trumpeter Jesús Alemañy (Cubanismo!) and conguero Tata Güines with the joyful sound of Cuban street singers and percussionists. Pianist Rodriguez made his name playing in New York City’s fertile jazz scene and went on to record and perform Latin jazz in Paris. But here he gets back to his musical roots with a slow-building rumba. “The piano is not an instrument for playing rumbas,” Rodriguez points out in the liner notes. I beg to differ. Cuba Linda 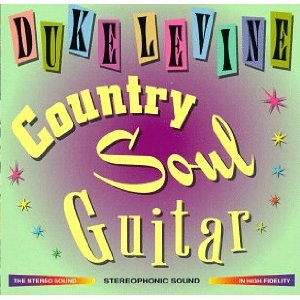 Guitarist Duke Levine works so far behind the scenes, he doesn’t even merit a bio on allmusic.com. But he seems to have no shortage of work as a touring musician and session player, having performed with mostly folk-based artists including Shawn Colvin, Mary Chapin Carpenter, Bill Morrissey, Slaid Cleaves and many others. At heart, though, he’s an old-school country guit-picker who can flat-out play. Released in ’94 on Daring Records, Levine’s all-instrumental solo album “Country Soul Guitar” arrived exactly as billed – featuring some funky originals (Soul Miner) and several fine re-workings of deep soul and country nuggets (Arthur Alexander’s Mr. John, Bob Dylan’s Nashville Skyline Rag). Here Levine blazes his way through a tune written by pedal steel innovator Bud Isaacs (of Webb Pierce’s Slowly fame): Bud’s Bounce 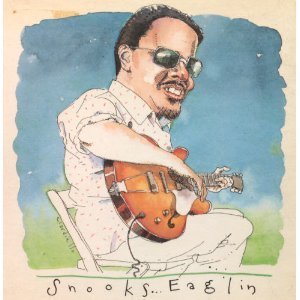 We covered Snooks Eaglin pretty well several posts back. But I’m still curious why his Imperial recordings remain missing in action. Featuring some of New Orleans’ best players – including the “Bayou Maharajah,” pianist James Booker – these tunes frame Snooks’ soulful voice and nasty leads in some classic Crescent City arrangements, courtesy of Rock Hall of Famer Dave Bartholomew. The sessions were recorded from 1960 to 1963, only a few years after musicologist Harry Oster took a stab at recasting Snooks as a folkie wielding an acoustic guitar (on the fairly listless Folkways album “New Orleans Street Singer”). So the more rockin’ Imperial sides might’ve suffered from unrealistic expectations. Still, that doesn’t mean they should be relegated to the long list of buried American treasures – a fate that’s hard to accept when you hear Snooks and Booker going toe-to-toe on this slow burner: C.C. Rider 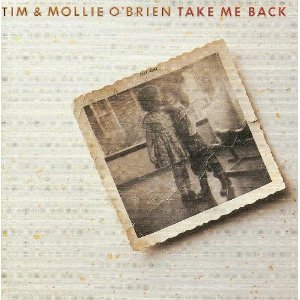 Great harmony singing is all the proof I need of a higher force. Put the Gideon’s back in the bedside table – just give me the Stanley Brothers, the Louvins, the Everlys, Dan Hicks & His Hot Licks, Gillian Welch and David Rawlings, Buddy and Julie Miller… And let’s not forget Tim and Mollie O’Brien on one of my favorite (and for the purposes of this post, hard to find) albums, “Take Me Back.” The O’Brien siblings hail from Wheeling, WV. They eventually moved on to join the fertile music scene in and around Boulder, CO. Now Tim’s a Nashville A-lister, valued for his songwriting, harmony singing and hot picking on guitar, mandolin, banjo, bouzouki, fiddle… basically any stringed instrument he grabs. And Mollie’s going strong in Denver with husband/musical partner Rich Moore (they released a solid, bluesy album in 2010, “Saints & Sinners” – check it here). But take me back to these heavenly harmonies: Leave That Liar Alone 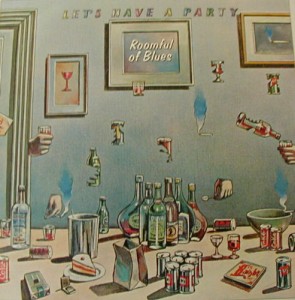 Over the past four decades, some 50 musicians have blown through the swingin’ doors of New England’s mighty Roomful of Blues. The band released their 16th album earlier this year on Alligator Records, “Hook, Line & Sinker.” I’m sure it’s another fine blend of Kansas City swing and rockin’ blues. But my favorite albums by Roomful are the first two featuring Duke Robillard on guitar and vocals along with silky sax player Rich Lataille – the only remaining member of the original lineup. Their debut is fairly easy to find, but the band’s impressive follow-up, 1979’s “Let’s Have a Party,” is only available on their website. Here’s a Duke original with his typically fine fretwork and a horn section for the ages. Stickin’ With You

Champion Jack live – playing one of his originals on a French TV show, probably in the ’60s. OK, Otis Spann he ain’t, but he knew how to put up a good fight.

Lost in The Cloud, Pt. 1General
Facedown with Husky BurnetteGeneral