In our last post, I didn’t exactly subscribe to the theory that Big Star is the most overlooked and underappreciated band of the Seventies. But I did think of a truly awe-inspiring band that flew well under the radar screen for nearly 40 years. NRBQ’s main lineup was as good as any in rock – singer, songwriter and fiery guitpicker Al Anderson; piano prodigy Terry Adams (think Jerry Lee meets Thelonious Monk); and the unbeatable rhythm section of Joey Sampinato on bass and the late Tom Ardolino on drums. Here’s the band in all its glory, ripping through Crazy like a Fox and Want You to Feel Good Too on the short-lived NBC show Sunday Night (later renamed Night Music). Fans of rock ‘n roll piano will want to stick around for the 3:24 mark – no one alive does it better than Terry Adams.

Hard to believe, but our friend Patrick Sweany now has six albums under his belt. Two were produced by Dan Auerbach, who played “low guitar” for Sweany when their tour stops included Dover and New Philadelphia (where life is cheap and the blues is dirty). Dan’s old boss can flat-out play the blues and has a deep understanding of the tradition. But thankfully his songs betray a much wider palette – from punk rock to Memphis soul. I like the full video treatment of a tune from his 2013 release, Close to the Floor. Can’t decide what I’m diggin’ on more – Sweany in drag, or that fine-looking Hoover.

“So Tim, when are you going to feature a smoking-hot clip from The Lawrence Welk Show?” (anonymous, Fresno). Well, damned if I didn’t find one, and it showcases the stunning guitars of Neil LeVang (at right) and Buddy Merrill on a little ol’ ditty by the great Bob Wills. Say what you want about the Baron of Bubbles – he had a few serious players in his band. These two were part of Welk’s “Musical Family” for years and also contributed to countless studio sessions (LeVang even played with Frank Zappa… now that I’d like to hear). Ladies and gennelmen, let’s enjoy the wunnerful sound of Neil and Buddy – a one and a two and…

This song and video have been kicking around for the past three years (more than 1.6 million views on the video). I decided to include it here because… well, I can’t stop listening to it. You could say it’s a prime slice of modern soul, but I think there’s something far more timeless and deep going on here. A native of Gainesville FL, Charles Bradley lived in abject poverty most of his life. But when you sing with that much pain and soul, you’re bound to get discovered. Bradley’s shtick as a James Brown impersonator (Black Velvet) eventually caught the attention of Gabriel Roth, co-founder of Brooklyn-based Daptone Records (Sharon Jones, Antibalas, etc.). Roth had the good sense to team Bradley with The Menahan Street Band on the sublime 2011 release No Time For Dreaming. It’s not coming off my steady rotation any time soon.

While I’m at it, I’m going to stay on this Bettye LaVette jag too… A few posts back, I featured her moving take on The Black Keys’ I’m Not The One (you won’t find a better cover of a song by the band). Then I came across a clip of her performance on Jools Holland’s Hootenanny, an annual pre-recorded concert that’s broadcast on New Year’s Eve. Sure, Jools acts like a barker in front of a strip club. But he puts on a hell of a show. And much like Mr. Welk, he knows how to pull together a few players who can do this stuff justice. In this case, it’s a slow-burning soul tune that LaVette first recorded in 1965 for the tiny NYC-based Calla label. Nice guitar solo by Mark Flanagan (and let’s give it up for Jools on piano). 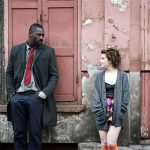 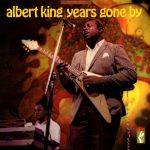