Update: The Browns backed into a less-than-solid 7-9 season. 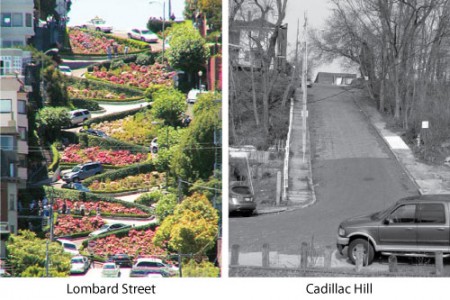 LeBron came back… The Browns are backing into a solid .500 season… Urban hipsters are actually moving to northeast Ohio… We’ve got a hot new jazz club in downtown Akron… Shiny new restaurants, hotels and retail developments are popping up everywhere… What the hell is going on?

I was getting used to a lifetime of obscurity in Flyoverland – you know, the place where careers are destroyed and dreams are shattered. Now I have to share all this new stuff (not to mention our underused roads and abundant water resources) with young professionals whose idea of misery is a small signing bonus?

I’m not arguing we should shift this paradigm into reverse. After all, I’ve got a house to sell. And I’m getting tired of thinking that a big night out is a large pie at Luigi’s.

But before we start pumping EDM into every public space, let’s spend a little time celebrating those less-than-hip pleasures that make my hometown a truly special place to live (just in time for the holidays, so my fellow Akronians can share them with visiting friends/relatives).

Cadillac Hill. The grade is 28%, just a hair steeper than San Francisco’s world-famous Lombard Street. And our hill goes straight up, because that’s just how we roll in the Rubber City. No graceful, beautifully landscaped curves; no multi-million-dollar condos to distract those brave enough to make the climb. The road even has three headstones at the bottom, reminding the curious of what’s at stake (and me of this song: Tombstone Every Mile). It’s the perfect test for a mechanically challenged car, which basically describes every vehicle I used to take my squealing daughters up Cadillac Hill when they were young. Another strange rite of passage, Akron-style. 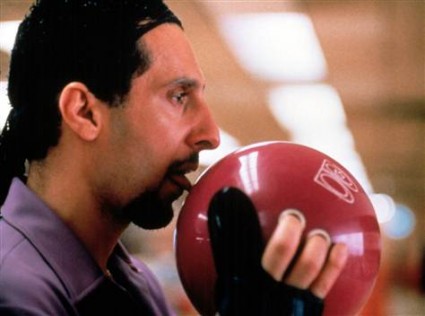 Riviera Lanes. I guess bowling doesn’t fit our theme very well, because hipsters have taken over that pursuit too (well, maybe just the shirts and shoes). But I think it’s important to point out that the Professional Bowlers Association was purchased in 2000 by three former Microsoft executives, who promptly moved its corporate headquarters from Akron to the epicenter of hip, Seattle. Today, the World Series of Bowling is held in Vegas, while the former home of the PBA Tournament of Champions – Akron’s Riviera Lanes – now primarily hosts bumper bowling parties for kids. But no need to fret… The Riviera lounge still has decent patty melts. And I’ve talked the owner into adding a small locker for my custom ball and monogrammed shammy towel.

Tallmadge Circle. There are roundabouts, and then there’s Tallmadge Circle. With eight major arteries going in and out of it, it’s more like a demolition derby than a legitimate route for traffic. When I was a kid, the Old Town Hall in the center of the circle housed the local police department, with a large jail cell in the basement. I know this because I spent an afternoon in that cell with about six other kids. We were arrested for trespassing, which I guess is the official term in Tallmadge for playing in a nearby mud pit. The cops were pissed because they had to trudge through a pasture filled with cowshit to get to us (by then someone had plenty of time to hide a couple bags of weed). Sorry to digress… but I think about this every time I approach the circle, which is almost never. 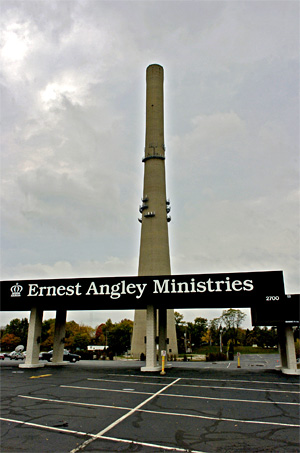 Rex’s Erection. Where does one begin with this thing? Let’s start with Whackjob #1, Rex Humbard – former proprietor of the Cathedral of Tomorrow. Rex was a pioneer in the burgeoning field of televangelism, broadcasting his sermons on 600 TV stations in the U.S. and Canada. He used some of that hard-earned scratch to build his own Tower of Babylon – a nearly 500-foot-tall concrete golf tee that was intended to support a large, rotating restaurant. Well, some of Rex’s neighbors (the entire surrounding township, to be precise) took issue with this monstrosity and successfully blocked construction of everything beyond the shaft, so to speak. Then the entire mess was taken over by Whackjob #2, Rev. Ernest Angley, who probably served as the inspiration for Robin Williams’ twisted televangelist (“Devil come OUT!”). Among other things, Angley has been accused of fondling male parishioners and encouraging his female followers to not bear children. He also parks his massive 747 jet (formerly owned by the Saudi Royal Family) on the runway at the Akron-Canton Airport because it’s too big to fit into a hangar. So consider Rex’s Erection another oversized fire-and-brimstone fantasy… without the climax.

North Hill Donuts. One of the most heated debates I found myself in recently involved the merits of old-fashioned cake donuts vs. whatever you want to call the stuff Krispy Kreme makes. Don’t get me wrong, I was a big KK fan in my high school days. We used to call the Maple St. store at around, let’s say, 4:20 to find out when the glazed would be coming out of the big vat. In recent years, I’ve switched my allegiance to donuts of substance – maximum-density confections that offer far more dough (typically made with buttermilk) than sugar. And no one does it better than North Hill Donuts, which took over a former Dunkin’ Donuts store next to another Akron favorite, Louie’s Bar & Grille. If you can’t make it to North Hill, try Jubilee. Or even DD. Just don’t settle for Krispy Krapp. 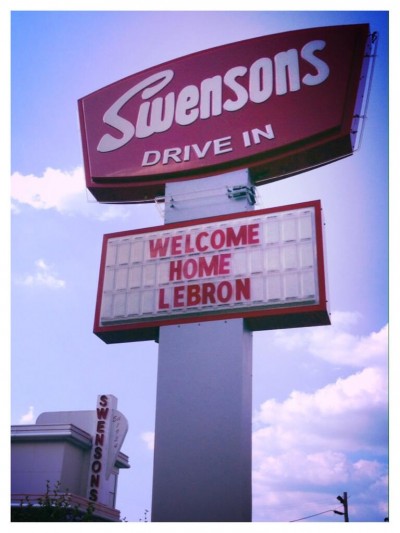 Swensons. Here’s another food-related subject ripe for debate. Do you like gourmet hamburgers made with choice cuts of beef and exotic spices, served with the finest cheese, arugula, organic tomato and fancy dressing on a multigrain bun, or would you rather have a sweaty car hop bring you a meat-flavored donut? And, if you chose the latter, do you prefer Swensons or Skyway? Actually, my favorite burger is a curious mix of those two extremes and can be found at The First Amendment Public House in Wooster. But, like most Akron natives, I have a real weakness for the Swensons crack-burger. I’m guessing its relative sweetness comes from a dash of brown sugar. And everything has the same moist texture – burger, bun, fries, napkins – which makes their food easier to digest late at night. When The Black Keys brought their big tour bus to town, they took it straight to Swensons and filled it with crack-burgers. Nuff said.

The Numbers Band. They’ve been together for 45 years. They’re still playing the same songs they trotted out at JB’s in Kent back in the Seventies. They used to scare the shit out of us… Now they serve more as a reassuring sign that all’s good with the world – especially when you consider that most of this year’s hot new indie rock bands will have crashed and burned by the time you read this. God bless the Kidney brothers and Terry Hynde and all the other great local musicians who have been part of The Numbers Band over the past five decades. I don’t really feel at home until I’ve been sucker-punched by Bob Kidney: Sucker Punch 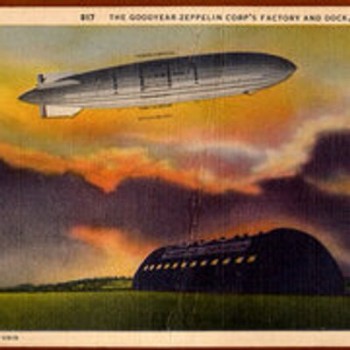 The Blimp Hangar. To be fair, the blimp hangar – with its fabled indoor weather – is just one of several unique attractions in a strange B-movie landscape just south of downtown. You also have a wonderful Art Deco terminal at Akron Fulton “International” Airport (I think someone flies to Canada once a year to pick up furs); Derby Downs, home of the All-American Soap Box Derby; the Rubber Bowl, where The Rolling Stones brought their traveling circus back in 1972 – Tumbling Dice; and a skate park for future captains of industry. Actually, if someone (for purely secular reasons) were looking to build a 500-foot-tall tower with a rotating restaurant/lounge on top, this would be the place to put it. Imagine sipping on a Tom Collins and gazing out at our homegrown tributes to gravity (a sunken stadium, a simple downhill race) and old-school efforts to defy it (blimps, biplanes, skateboards). The Cathedral of Yesterday, perhaps? And I mean that in the best possible sense. 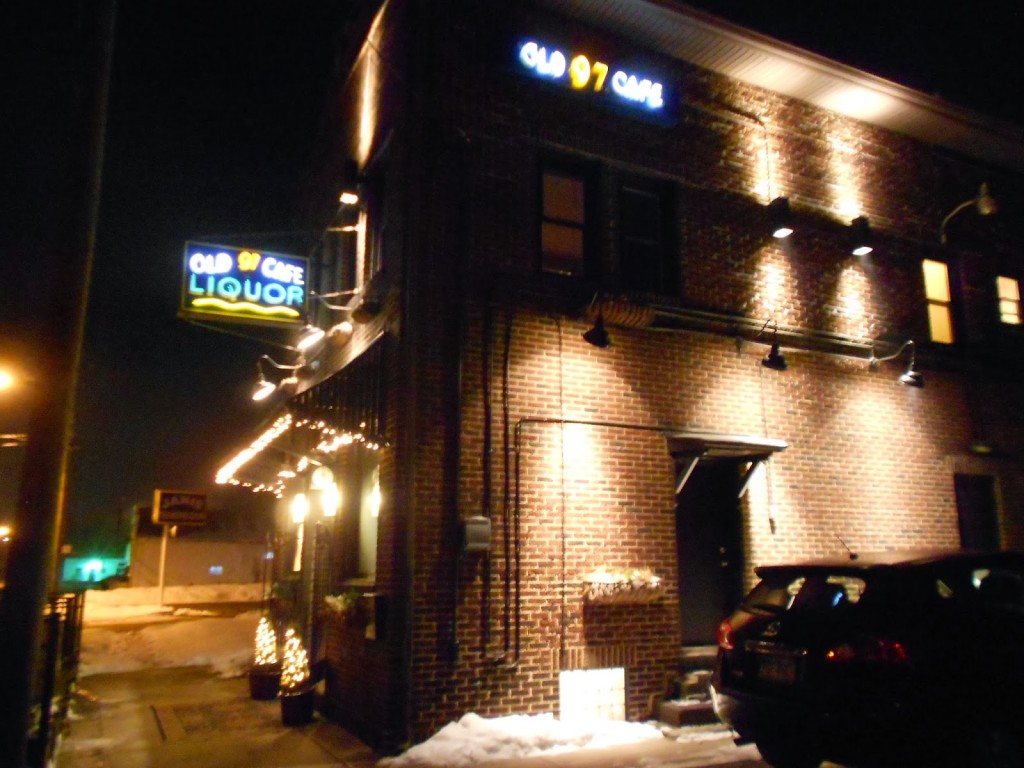 Old 97 Cafe. Drive past Summit Lake, where LeBron shot his first hoops. Head southwest on another symbol of bygone Akron, Kenmore Boulevard. Take in the various attempts to reinvent it – a hydroponics store, a “tanning/smoothies/ice cream” combo, the ubiquitous one-stop cellular shops… Keep going until it seems you’ve left every trace of civilization behind. Park between the two lanes, Wild West-style. Walk into what appears to be a modest, carefully maintained home with a neon sign. You’ve just entered Old 97 Cafe, my favorite bar (outside of The Lockview downtown). The martinis will pin your ears back, and the chill atmosphere will eliminate any leftover stress that the cocktails don’t kill. You also can soak up one of the best outdoor spaces anywhere – two full lots with a bar, stage, bocce court and the occasional food truck nearby. I have to admit, it’s a pretty hip place… and that’s fine by me. We lost a third of our population over the past 50 years, so there’s plenty of room in Akron for everyone and everything – young hipsters, old cranks, office workers, entrepreneurs, EDM, big-band swing, polymers, racing tires, digital, analog… If you’ve got an idea (good, bad, whatever) and some cash to spend, we’ve got a spot for you at the bar in the Rubber City. 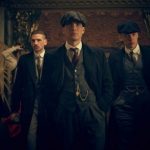 My Time in Rehab, Pt. 2General 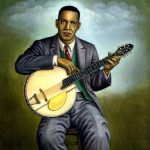