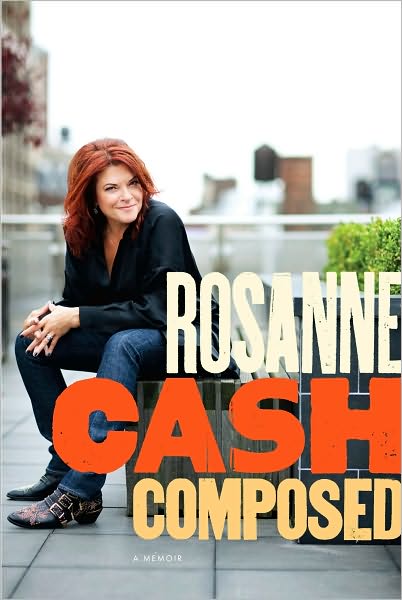 Our last post on living, breathing artists led me to another crisis in confidence. Just what is this blog all about? Why keep blathering on about music that, with the possible exception of The Black Keys, most humans simply don’t care about?

Then I came across a passage in Rosanne Cash’s new book, “Composed: A Memoir,” that also could serve as RCR’s mission statement:

“We all need art and music like we need blood and oxygen. The more exploitative, numbing, and assaulting popular culture becomes, the more we need the truth of a beautifully phrased song, dredged from a real person’s depth of experience, delivered in an honest voice; the more we need the simplicity of paint on canvas, or the arc of a lonely body in the air, or the photographer’s unflinching eye. Art, in the larger sense, is the lifeline to which I cling in a confusing, unfair, sometimes dehumanizing world.”

I’ve been a fan of Cash’s ever since “King’s Record Shop” was released back in 1987. And I have to admit, her music doesn’t sit comfortably next to a lot of stuff I listen to. Nor would anyone confuse the writing on this site with the kind of intense, deeply reflective, almost painstakingly eloquent language found in “Composed.” Let me put it this way: Rosanne Cash will not be appearing at a chuckle-hut near you.

But she’s had a long-standing gig at my house. I may have been raised on the Stones, but my daughters were raised on Rosanne Cash – along with other alt-country favorites like Steve Earle, Lucinda Williams, Dwight Yoakam and Gillian Welch (for some reason, my girls didn’t take to Howlin’ Wolf… although Meghan loves Taj Mahal). Rosanne’s highly literate songs provided the soundtrack to many of our trips south. And even though my youngest eventually moved on to hip-hop and rap, I’m sure she still has a soft spot for Cash’s “The Wheel.” Fire of the Newly Alive

Cash brings the same sensitive touch to “Composed.” And her descriptions of growing up in a musical family especially resonated with me. We’re sort of the Cash family in reverse. Although my brothers and sister remain active and performing musicians (and I’m considering a return to service), all of the fame and notoriety has landed on the next generation as nephew Dan Auerbach – and his musical soulmate in the Keys, Pat Carney – continue their march toward world domination. Granted, they may never be as recognized and beloved as Johnny Cash, but there’s still plenty of time. 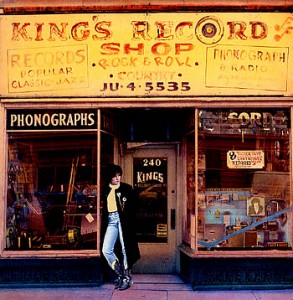 Much of “Composed” is about the many ways that fame can change those who enter the celebrity funhouse, either voluntarily (friends and second spouses, for example) or otherwise (immediate family). I enjoyed Rosanne’s stories of the time she spent in London, working in a low-level artists relations job for CBS Records simply because she happened to be Johnny Cash’s daughter. She had no illusions about the experience, perfectly understanding why some people treated her with great deference, and appreciating it when others didn’t. She was determined to make the best of the situation – and her father’s patronage – as she partied her way through a pleasant yet frivolous assignment.

Of course, there are larger themes to “Composed” – including death, motherhood and the challenge of struggling with addictive personalities (a theme that Cash felt was grossly overblown in the movie “Walk the Line”). Another big theme involves sacrifice. What does it take to really make your way in the world as an artist; to build your entire life around creating art, and doing it on your own terms? 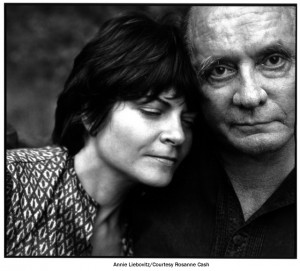 Cash is philosophical in describing her own journey from Nashville hit-maker to a well-respected singer-songwriter with her dignity intact. In earnest and artful language, she takes us through the process of starting over again – of leaving behind a certain level of success and comfort to head into the great unknown, with only your creative instincts to guide you. But the true meaning of sacrifice is often revealed in the most mundane details, like the way Cash describes the simple act of flying:

“I have been in planes that have been struck by lightning, surrounded by tornadoes, diverted to new and even more miserably inconvenient destinations; planes whose landing gear failed to descend, engines conked out, wings clipped the ground and spewed rivets across the runway, takeoffs and landings have been aborted in snow and ice storms and violent winds and rain; planes that dropped so fast and so far that people literally hit the ceiling; and once, on a nearly empty late-night flight into Nashville, the pilot sent an attendant back just after the landing to ask me if I knew where Gate 4 was, since he thought I had probably landed at this particular airport more than he had. And I had.”

On more than one occasion, I’ve stared at an opportunity as a full-time traveling musician, and then looked away – mainly because I knew deep down that I couldn’t handle life on the road, especially in a third-tier band. But even a steady string of local gigs can take their toll (especially before the indoor smoking ban took effect). As my wife points out, we were tossed off more than a few social calendars because of my busy playing schedule. And after moving back to town in ’91, I went 10 consecutive years playing shitty (but well-paying) gigs on New Year’s Eve while my wife stayed home to entertain our daughters. Someday I’ll figure out how to make it up to her.

But all this pales in comparison to the act of ripping yourself away from home and family for huge chunks of the year to make money on the road. And touring income has become even more essential for bands today as CD sales are eclipsed by file-sharing and other acts of digital thievery (I confess, I’m not without sin).

Cash doesn’t try to gain our sympathy for millionaire artists. Whether she’s making somber observations about the creative process or describing a major fuck-up at the airport, she’s simply sharing the basic realities of life as a working musician. And, to her credit, she doesn’t make much of a distinction between that pursuit and the art of everyday living – like her late mother’s gardening. It’s just that when you play on a bigger stage, you usually give up a lot more to get there. Thankfully, modern-day road dogs like Cash and The Black Keys still find a way to make it work, so their inspiring shows can help us feel just a little bit better about life on planet earth.

A number of years ago, I read a newspaper column by some Big Gulp-swilling soccer mom that really rubbed me the wrong way. I’ll paraphrase: “Music really mattered when we were kids… Then we grew up, bought houses, had kids of our own, raised families and came to realize music really isn’t that important at all. Now we revel in the music of life.” Or some such drivel.

What I wanted to say to this nitwit was, surely there’s a form of art – movies, painting, gardening, woodworking – that still feeds your soul, no matter how much it’s shrunk over the years. For some of us, that form of art is music. And despite Rubber City Review’s best (and worst) attempts to keep it light, we’re dead serious about the music and artists we love and write about.

Rosanne Cash’s touch is far from light. But I blasted right through the fussiest language in her book – because at its core, “Composed” is all about the serious business of passing rich musical traditions from one generation to the next. 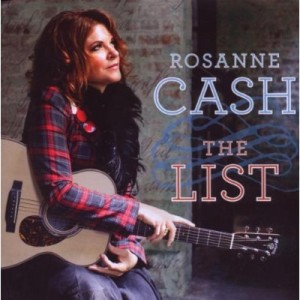 The List… Musical inheritance doesn’t get more real than this: Alarmed by his daughter’s lack of knowledge about American roots music (Rosanne had a good excuse – she grew up in Southern California), Johnny Cash jotted down a list he called “100 Essential Country Songs.” But as Rosanne Cash points out in the liner notes to her latest release, “The List,” “he could have called it ‘100 Essential American Songs,’ because he included history songs, protest songs, early folk songs, Delta Blues, gospel, Texas swing, and standards that simply defy genre.” Thirty-five years went by before Rosanne got up the nerve to reinterpret a few of these tunes on record, and the results are a little mixed. The requisite guest artists don’t add much (with the exception of Bruce Springsteen, who brings a wonderful harmony voice to Sea of Heartbreak). But Rosanne’s cover of Motherless Children, by the always popular “Public Domain,” is one of the best versions I’ve heard of a song that has suffered many indignities over the years. And it’s all in the voice – no gospelly histrionics; just an honest, heartfelt read of an American classic: Motherless Children